Being a Turk is insufferable shame: Turkish poet 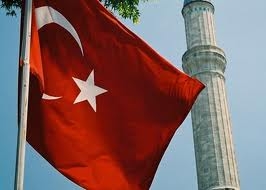 YEREVAN, MARCH 17, ARMENPRESS: The Turkish poet Serkan Engin wrote in the article in the website Paper Boats of Poetry that for him being a Turk is an insufferable shame, as the ancestors of the Turks implemented the Armenian Genocide. Armenpress presents the article of Serkan Engin “The Insufferable Shame of Being a Turk”:
“I am a socialist Laz poet from Turkey. My mother is Turkish so my mother tongue is Turkish, but I prefer to consider myself as a “Laz” like my father's ancestors, because I am ashamed of my Turkish ancestors from my mother's side of the family. I refuse to consider myself as a “Turk”, because my Turkish ancestors were perpetrators of genocides at the end of the Ottoman Empire and at the beginning of the Turkish Republic. 1,500,000 Armenians were brutally murdered by Turkish and Kurdish people under the orders of Ottoman generals. Turks and Kurds have killed their own neighbors, raped their little girls, burned alive little children and women and grabbed the Armenians’ money and properties.  Also thousands of Assyrians and Chaldeans had been murdered in their own homelands like Armenians by the Ottoman government during this genocide period.

A terrible genocide had to be committed against the Armenians. I accept the reality of the Armenian Genocide as the son of a Turkish mom and I am ashamed of my mother's ancestors, of my Turkish ancestry. This is the shame of the Turks and Kurds. This is the shame of Turkish History, also a shame for the Kurdish people. This is a blot on human history. I apologize to all the Armenian victims in the name of humanity and kneel down in front of your pain even though I had no participation in this violence personally.

Unfortunately, this is not the only “genocide” the Turks have been involved in. Also 353,000 Pontic Greeks had been brutally murdered in 1919 in Anatolia by the order of Mustafa Kemal, the Ottoman General of the Committee of Union and Progress, who would become the founder of the new Turkish Republic. This new republic is the continuation of the old racist Committee of Union and Progress, having the same mentality.

These are not the only crimes of my Turkish ancestors. From the beginning of their history, Turks were trouble makers to all those near them. Turks have lived by grabbing the neighboring lands, killing many people, raping their women, making their children slaves, grabbing their country and money for 2000 years. The Great Chinese Wall is the concrete symbol of Turkish barbarianism. First the Turks plundered Chinese lands, and killed them and when they began to be more organized and founded states, they began to attack more countries from the Great Chinese Wall to Vienna. I apologize to all the victims of my Turkish ancestors throughout history.

Dear friends, they can arrest me and put me in jail because of these explanations or a racist can shoot me on the street, but my conscience and intellectual ethics make me obligated to shout out the truth to the whole world. I will speak the truth till my last breath”.