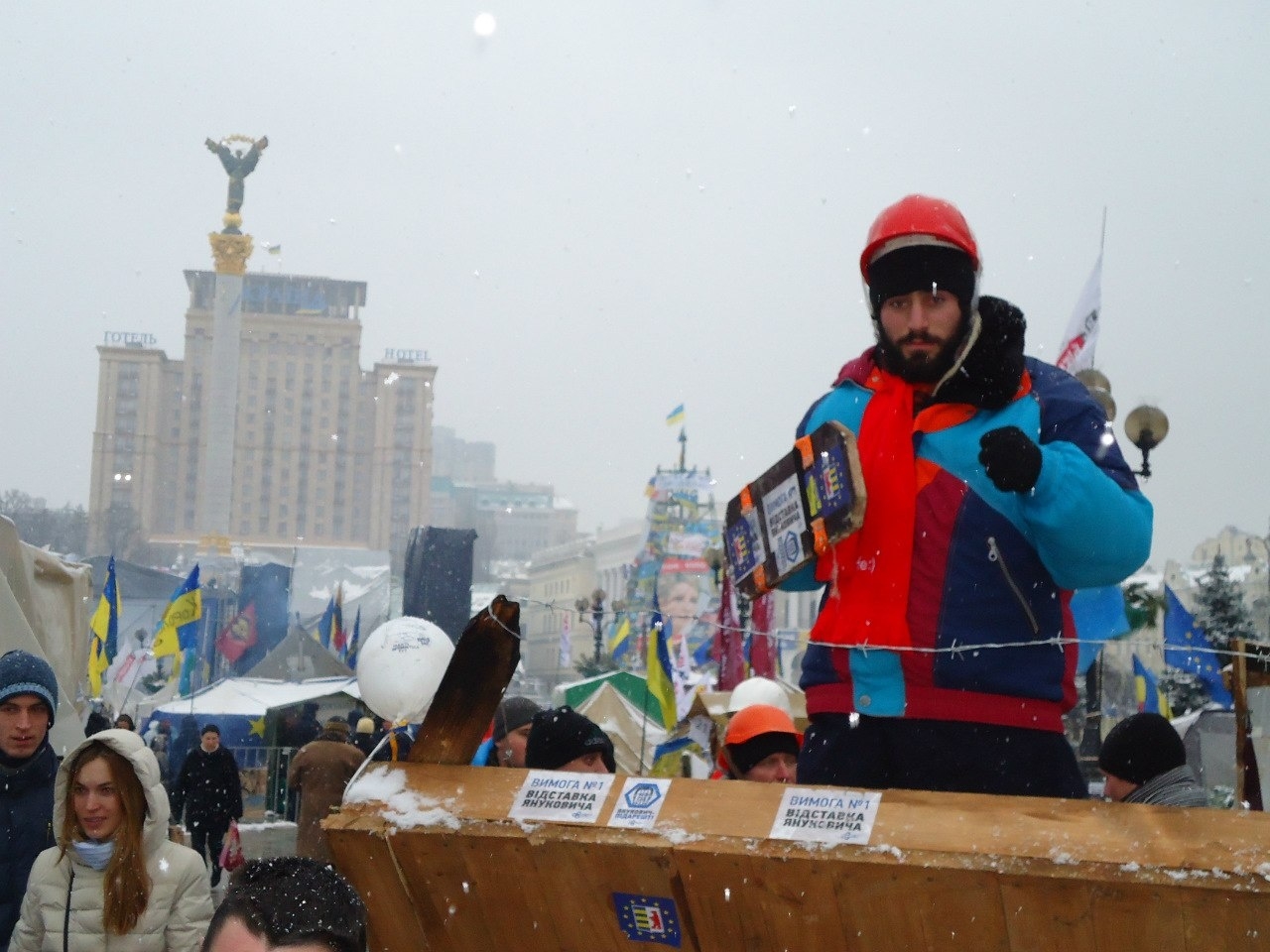 
YEREVAN, JANUARY 23, ARMENPRESS. Two days after the death of Armenian activist Sergey Nigoyan during the clashes in Kiev, a note appeared in Facebook social network asserting that the Armenian community starts hunting the murderer. As reports “Armenpress” citing Komsomolskaya Pravda ("Komsomol Truth"), the note stated that the Armenian community of Ukraine targets to find the man, who is responsible for Sergey’s death, and as if it was suggested to call the operation Nemesis II.

The note was made by Mikayel Karapetyan (resident in Kiev), who stated that he had already removed the note, as it was distorted. “I was just very grieved at the murder of my compatriot and I wrote that I want the murderers to be found. But there was nothing about ‘hunting’,” Mikayel noted. In addition Karapetyan underscored that there could be people, who tried to use his words for their own goals.

The Union of Armenians of Ukraine also stated that they do not have and don’t want to have anything in common with such calls. The Executive Director of the Union of Armenians of Ukraine Ashot Marutyan underscored: “We have sent a query to the Ministry of Internal Affairs telling them to find the circumstances of Sergey Nigoyan’s death. We are out of politics and want an objective examination.”

Previously it was reported that the Embassy of the Republic of Armenia to Ukraine confirmed the news on death of Armenian Sergey Nikoyan in Kiev. “The Ukrainian Truth” newspaper stated citing its sources that the protestor, who died during the clashes in Grushevsky Street, was an Armenian. Among other things the newspaper reported that he was one of Euromaidan’s activists and died because of the gunshot wounds he received in the area of his neck and head.

Violent clashes between anti-government protesters and police continued in the center of Ukraine's capital, Kiev, overnight into Tuesday.

Demonstrators have been rallying since the weekend in defiance of new laws that limit the right to protest.

The Interior Ministry said Tuesday that more than 30 protesters had been detained and 119 police officers injured since Sunday afternoon, when the clashes began.

The city health care department reported 122 injured and 50 hospitalized. The number injured is probably higher, as many people reportedly turn to medical volunteers for help rather than official services for fear of consequences. Protest organizers said those treated in hospitals are questioned by police and registered as participants of mass protests, which may lead to arrest and criminal charges.

Protesters and police have accused each other of violence.