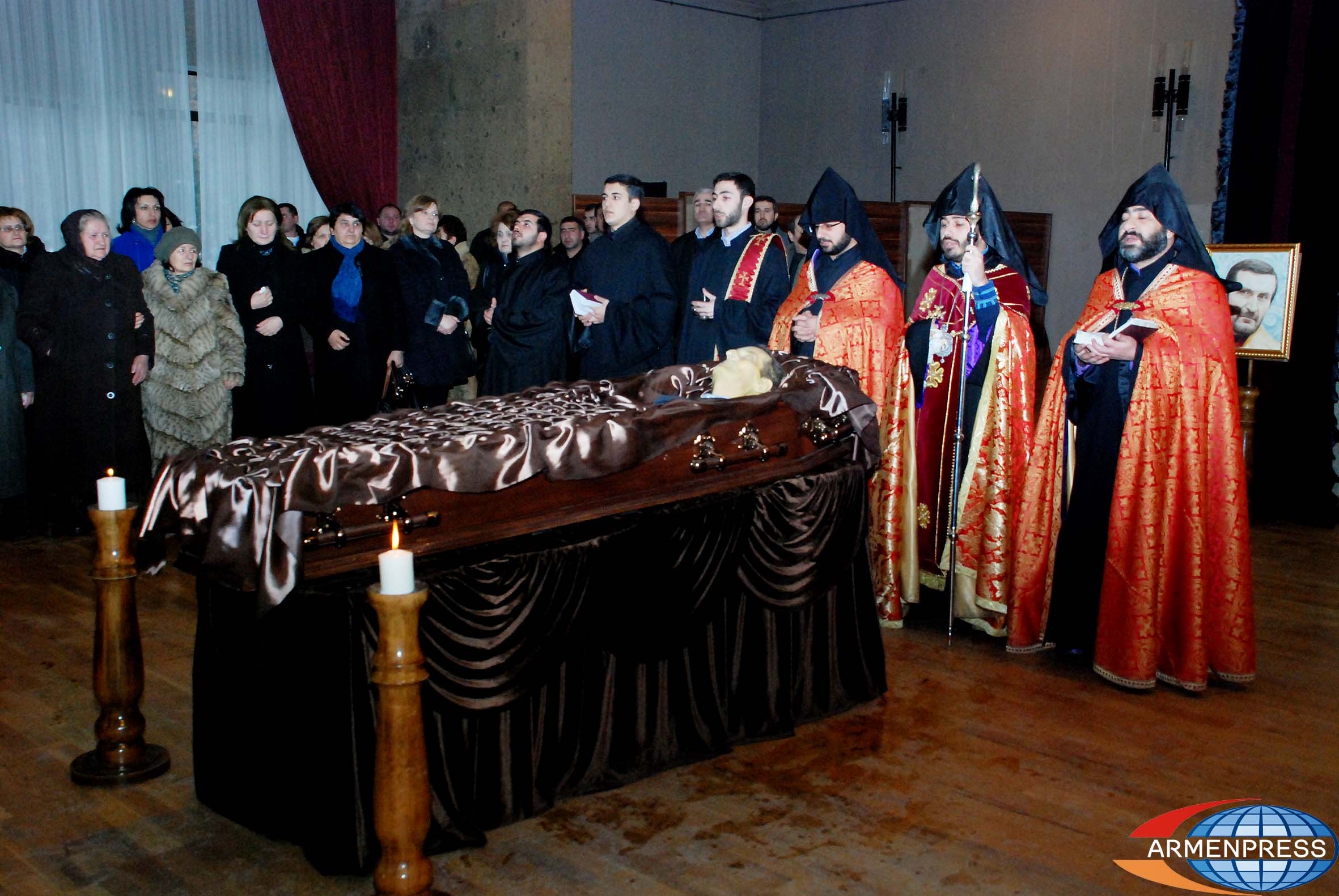 
YEREVAN, JANUARY 10, ARMENPRESS.  The funeral of one of the brightest figures in modern Armenian prose Levon Khechoyan took place in Chamber Music Hall named after Komitas in Yerevan on January 10. Not only colleagues came to offer condolences to the writer’s relatives, but representatives of social, cultural fields, as well as political figures.

Levon Khechoyan, novelist and short story writer, was born in 1955 in the village of Baralet in the Akhalkalack region of Georgia and since 1987  lived in the town of Hrazdan in the Kotayk province of Armenia.

In 1983 he graduated from the Armenian Pedagogical Institute receiving an M.A. in philology. Although he started writing as a teenager, his first works were not published until 1988 in local periodicals. His first collection of short stories, Trees of Incense, was published in 1991. Many of his short stories have been translated into Russian and Ukrainian. By 1994 his works periodically appeared in a Moscow-based literary weekly, “Literaturnaya Gazeta” and in literary magazines “Druzhba Narodov”, “Grani” and “Lepta”.

In 1995 he published two historical novels King Arshak and Eunuch Drastamat, which were soon translated into Russian. Now Khechoyan's works are being translated into other languages, including English.

In 1999 he received the “Gold Reed” State Literary Award from the government of Armenia for his short-story “Black Book, Heavy Bug”. It is about the war in Nagorno-Karabakh.