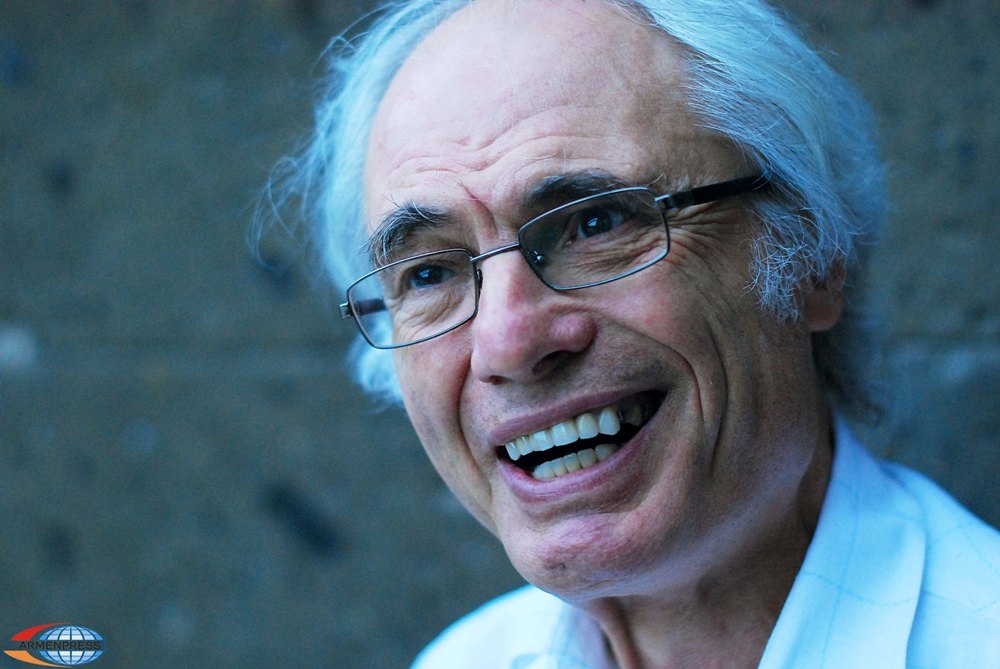 
YEREVAN, JANAURY 10, ARMENPRESS. Tigran Mansurian, Armenia’s most celebrated composer, will turn 75 this month and the  Dilijan Chamber Music series will celebrate Sunday afternoon at the Zipper Concert Hall of the Colburn School with a survey of the Mansurian’s chamber music over the past half century. As reports “Armenpress” the prominent American periodical Los Angeles Times stated this in a recent article dedicated to the great Armenian composer Tigran Mansurian. In particular the article runs as follows: “It will be, no doubt, a joyous occasion, what with the composer present and Dilijan, which is devoted to Armenian music, being among Mansurian's  most important of champions in America.

That is joyous, not joyful, and of the deep-down variety. Joy can certainly be found in Mansurian’s intensely spiritual music, but the surface is not where to look. There, in a haunting eloquence, is where the suffering, never overstated or exaggerated but always throbbing like a chronic pain, lies. It is a beautiful pain, the exquisite anguish of a grave wound not healed but rather transcended.

That transcendence is the nature of Mansurian’s most mature music. And through stunning recordings on ECM it has made him a cult figure like such other spiritually inclined Eastern European composers as the Estonian Arvo Pärt. Also in common with composers who came out of the former Soviet bloc, Mansurian’s hard-won spirituality is all the more illuminating for having grown out of an aggressive musical rebellion against Soviet musical populism.

Through it all, Mansurian’s inspiration has been the plight of the Armenian people in the 20th century and their sustaining culture. He is a formal composer who never wastes a note. His sound world is mystical. He knows wherein lies an instrument’s most hauntingly beautiful sounds, particularly when it comes to strings, the voice and percussion. Once heard, a Mansurian piece is not forgotten.”

Tigran Mansurian was born in Beirut in 1939. In 1947 his family moved to Armenia, finally settling in the capital Yerevan in 1956. Mansurian studied at the Yerevan Music Academy and completed his PhD at the Komitas State Conservatory where he later taught contemporary music analysis. In a short time he became one of Armenia's leading composers, establishing strong creative relationships with international performers and composers such as Valentin Silvestrov, Arvo Pärt, Alfred Schnittke, Sofia Gubaidulina, André Volkonsky and Edison Denisov as well as Kim Kashkashian, Jan Garbarek, and the Hilliard Ensemble. Mansurian was the director of the Komitas Conservatory in the 1990s. He has recently retired as an administrator and teacher, and concentrates exclusively on composition. Mansurian's musical style is characterized mainly by the organic synthesis of ancient Armenian musical traditions and contemporary European composition methods. His oeuvre comprises orchestral works, seven concerti for strings and orchestra, sonatas for cello and piano, three string quartets, madrigals, chamber music and works for solo instruments.