Armenia’s membership with CU not to damage relations with NATO 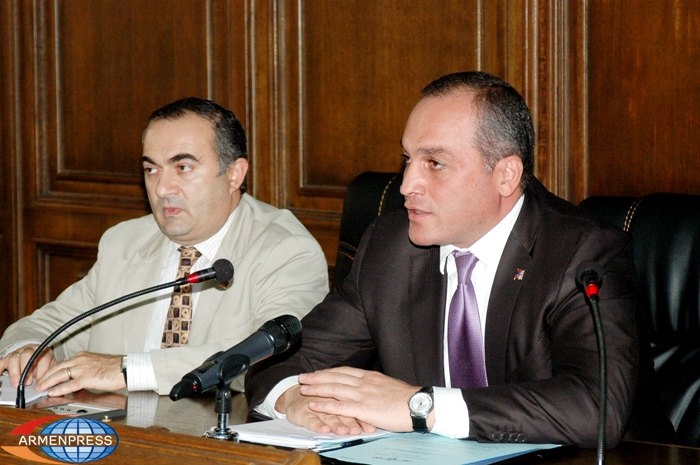 
YEREVAN, OCTOBER 17, ARMENPRESS.  Today the President of the Republic of Armenia Serzh  Sargsyan has received the Deputy Assistant Secretary General for Political Affairs and Security Policy and NATO Secretary General’s Special Representative for the Caucasus and Central Asia, James Appathurai . As Armenpress was informed by Information and Public Relation Department of the President’s Staff of the Republic of Armenia, the sights have  highly appreciated the efficient cooperation formed with NATO in all the spheres of the partnership. The interlocutors have expressed their satisfaction in the fact that the political dialogue with the Alliance is of continuous nature.

NATO Secretary General’s Special Representative James Appathurai  has appreciated the participation of Armenia in the international peacekeeping operations of NATO in Kosovo and Afghanistan.

The President of the Republic of Armenia Serzh Sargsyan and NATO Secretary General’s Special Representative James Appathurai  have  shared the same opinion that this level of relations  is an evidence about the deep and comprehensive agenda formed as a result of close cooperation between the Alliance and Armenia.