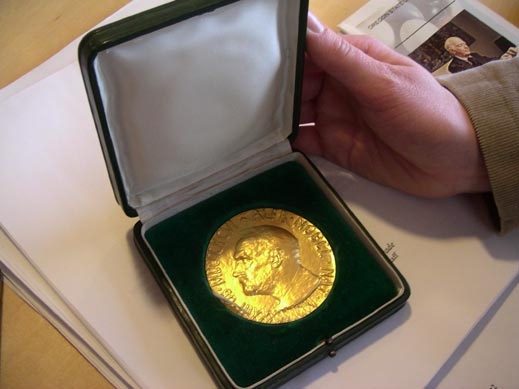 
YEREVAN, OCTOBER 11, ARMENPRESS: The Norwegian Nobel Committee has decided to award Nobel Peace Prize for 2013 to the Organization for the Prohibition of Chemical Weapons (OPCW) for its extensive efforts to eliminate chemical weapons. Armenpress reports that the Royal Swedish Academy of Sciences announced about it in Stockholm on October 11.

During World War One, chemical weapons were used to a considerable degree. The Geneva Convention of 1925 prohibited the use, but not the production or storage, of   chemical weapons. During World War Two, chemical means were employed in Hitler’s mass exterminations. Chemical weapons have subsequently been put to use on numerous occasions by both states and terrorists. In 1992-93 a convention was drawn up prohibiting also the production and storage of such weapons. It came into force in 1997. Since then the OPCW has, through inspections, destruction and by other means, sought the implementation of the convention. 189 states have acceded to the convention to date.

The conventions and the work of the OPCW have defined the use of chemical weapons as a taboo under international law. Recent events in Syria, where chemical weapons have again been put to use, have underlined the need to enhance the efforts to do away with such weapons. Some states are still not members of the OPCW. Certain states have not observed the deadline, which was April 2012, for destroying their chemical weapons. This applies especially to the USA and Russia.

Disarmament figures prominently in Alfred Nobel’s will. The Norwegian Nobel Committee has through numerous prizes underlined the need to do away with nuclear weapons. By means of the present award to the OPCW, the Committee is seeking to contribute to the elimination of chemical weapons.

The Peace Prize is awarded in Oslo, Norway, while the other prizes are awarded in Stockholm, Sweden. The Nobel Prize is widely regarded as the most prestigious award available in the fields of literature, medicine, physics, chemistry, peace, and economics. It was first awarded in 1901.

11:29, 05.19.2022
3261 views U.S. recognizes role of population of Nagorno-Karabakh in deciding its future–Ambassador Tracy’s interview to ARMENPRESS