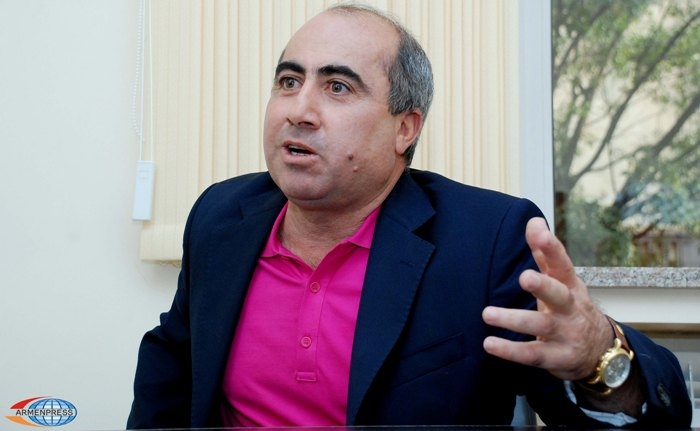 
YEREVAN, OCTOBER 1, ARMENPRESS. Olympic champion (1988), Champion of the world (1983), Champion of Europe weightlifter Oksen Mirzoyan continues his active life in sports, heads the Yerevan school of weightlifting, and was elected the Deputy Chairman of the National Olympic Committee of the Republic of Armenia for the third time. "Armenpress" introduces interview with the prominent athlete.

- Mr. Mirzoyan, You became Olympic champion in Seoul 25 years ago, thus occupying Your place among the "immortals" of the world sports.

- September 19 of 1988 is one of the most remarkable days of my life and sport activity in general. On one hand one may be surprised that 25 years have passed since that day, and on another hand there is no way to avoid that fact. I clearly remember that victorious moment in Seoul, when I became Olympic champion in 56 kg weight category. I can say that the top results of the leading modern weightlifters of my category are 20 kg behind the results I have shown in the Olympics. I am very worried about this; we make efforts to improve the results of our athletes. I won the Olympic gold and I know what it means. I want the Armenian weightlifters to continue the tradition of Olympic triumphs.

- If I asked You on what particular issue would You like to stop, which topic would You chose?

- What do You desire most of all?

- I am dreaming of the day, when the Armenian weightlifters will again win the Olympic gold. And I am confident that this will happen one day. It's an other question when it will happen. My nephew Arayik Mirzoyan decided to quit training, notwithstanding my son Arakel Mirzoyan is getting ready for the Olympic Games, which are scheduled to be held in 2016 in Rio de Janeiro, Brazil. (THE FULL VERSION OF THE INTERVIEW IS AVAILABLE IN ARMENIAN)