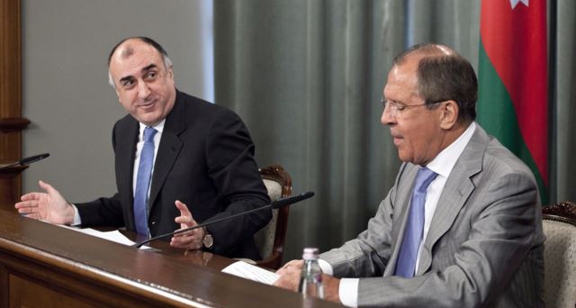 
, AUGUST 13, ARMENPRESS: An interesting incident happened during the meeting between Russian and Azerbaijani Presidents. “Armenpress” reports that in the video the announcer inviting Foreign affairs minister of Russian Federation Sergey Lavrov to sign the documents called him “siktir” then corrected and announced his real name.

“Sictir” is an obscene phrase and in case if translating delicately from Azerbaijani language means “let the hell out of here”.

The incident is widely discussed also in Russian media and blogs.

It can be seen in introduced video since 4:55 minute.