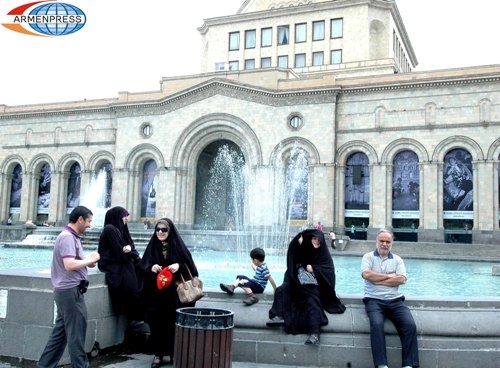 
YEREVAN, AUGUST 5, ARMENPRESS։ The number of tourists coming to Armenia has increased during the months of January-July 2013 by 14,3%. According to the data provided by the National Statistical Service of the Republic of Armenia, within the abovementioned period 321,279 people arrived in Armenia.

As reported by Armenpress, during the months of January-June 2013 343,263 people left Armenia for tourism purposes. In comparison with the same period of the year of 2012 the indicator has increased by 13,6%.

In the months of January-December of 2012 Armenia was visited by 843,330 tourists, which exceed the indicator of 2011 by 11,3%. By the results of the analyses of the World Tourism Competitiveness Report of the World Economic Forum 2013, Armenia has occupied the 79th place among 140 countries. In comparison with 2011, the position of Armenia has advanced by 11 horizontals.