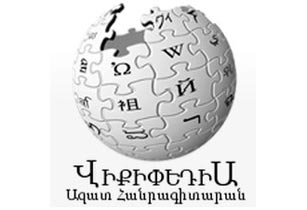 Among other things Aleksey Chalabyan touched upon the issue of the two significant events regarding "Wiki" project, which are scheduled to be held in autumn. The first one is the event titled "Wiki Loves Monuments" photo-contest, which will be held on September 1-31. This contest targets raising interest towards the whole monuments of Armenia. The results of the contest will be summed up in October. The winners will receive international and local level awards.

It is also considered to hold a Wiki-conference on October 4-5. Reports dedicated to "Wiki" projects will be introduced at the course of the aforesaid conference. Foreign guests are expected to attend the conference. This first conference was held in Yerevan on September 7-8, 2012. Various representatives from Europe, United States, and Georgia attended it.