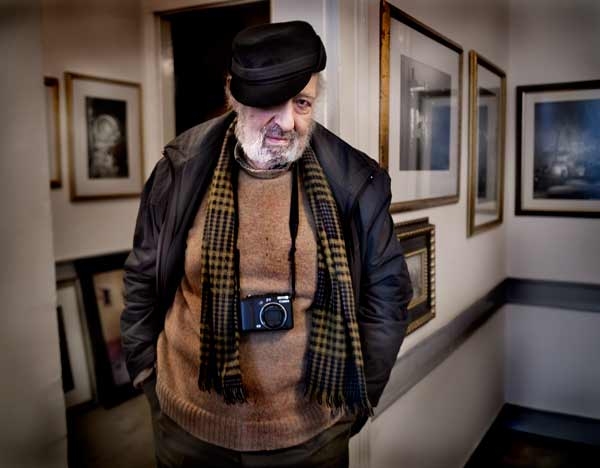 Ara Güler was born August 16, 1928 in Beyoğlu, Istanbul, Turkey. He is an Armenian photojournalist from Constantinople, nicknamed "the Eye of Istanbul" or "the Photographer of Istanbul". He is considered one of Turkey's few internationally known photographers.

He studied at the local Getronagan Armenian High School. Owner of a pharmacy on Istiklal Avenue, his father had a wide circle of friends from the art world of the period. Ara Güler's early contact with this world inspired him to embark on a career in cinema. During his high school years, he jobbed in movie studios and attended drama courses held by Muhsin Ertuğrul, the founder of modern Turkish theater. However, he abandoned cinema in favor of journalism, joining the staff of the newspaper Yeni Istanbul as photojournalist in 1950 and studying Economics at the University of Istanbul at the same time. He then transferred to another newspaper, Hürriyet. After completing his military service in 1961, Güler was employed by the Turkish magazine Hayat as head of the photographic department.

About this time, he met Henri Cartier-Bresson and Marc Riboud, who recruited him for the Magnum Photos agency, which he joined. (He is not currently a member.) He was presented in the British 1961 Photography Yearbook. Also in that year, he was accepted as the only member to the American Society of Magazine Photographers (ASMP) (today called the American Society for Media Photographers) from Turkey. The Swiss magazine Camera honored him with a special issue.

In the 1960s, Güler's photographs were used to illustrate books by notable authors and were displayed at various exhibitions throughout the world. His works were exhibited in 1968 in 10 Masters of Color Photography at the New York Museum of Modern Art and at Photokina Fair in Cologne, Germany. His photo album Türkei was published in Germany in 1970. His photos on art and art history were used in Time, Life, Horizon and Newsweek magazines and publications of Skira of Switzerland.