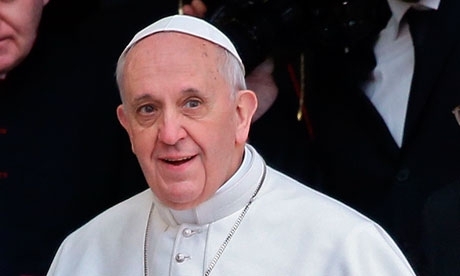 
YEREVAN, MAY 1, ARMENPRESS: During the Holocaust the great powers “washed their hands”, as they knew more than talked about. They did not state that during the Armenian Genocide as well they “washed their hands”. As reported by Armenpress, quoting the Diario Armenia, this was stated by Jorge Mario Bergoglio, the current Pope of Rome Francis in the book “Sobre el Cielo y la Tierra”, published jointly with the Argentinean rabbi Abraham Skorka in 2010. The book was recently republished.

The Pope of Rome Francis noted that in the 20th century they destroyed villages, considering themselves to be gods. “Turks did that with Armenians, Germans – with Jewish people, Stalin’s communists – with Ukrainians”.

Jorge Mario Bergoglio wrote: “If thinking about the paradise a person does not struggle for his rights, he is under the influence of opium. People, who overcame persuasion and massacres, as during the three largest genocides of the last century towards Armenians, Jewish and Ukrainians, struggled for their freedom”.

The book reveals the viewpoints of the Pope of Rome Francis about the church, religion and belief. It also touches upon atheism, death, abortion, Holocaust, homosexuality and capitalism.