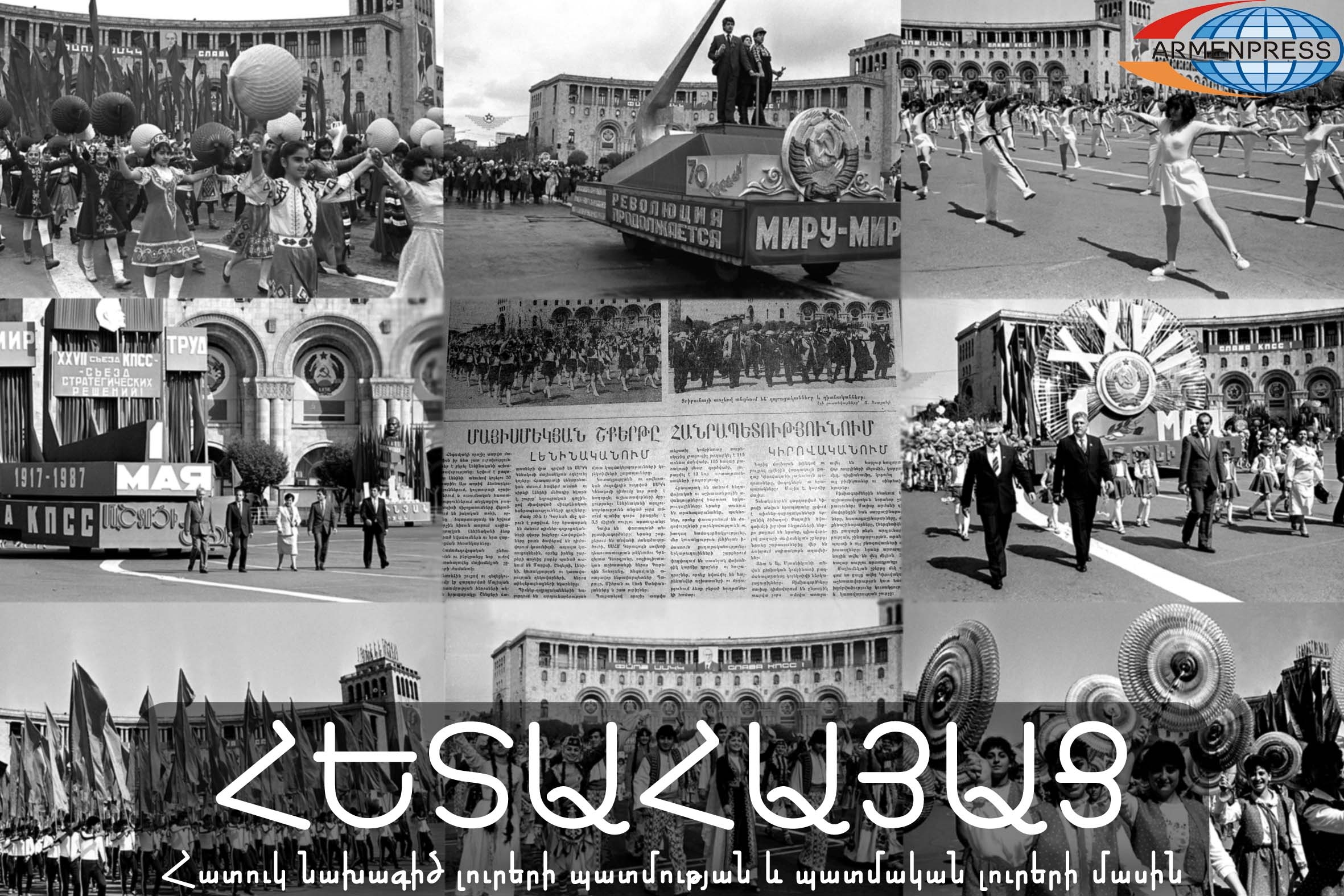 
This time "Retro" exclusive project introduced by "Armenpress" on the news history and historical news is dedicated to May 1, which is known not merely as the first day of spring bloom and launch of a victorious month, but also as the International Workers' Day. This holiday has its origins in the labour union movement, specifically the eight-hour day movement, which advocated eight hours for work, eight hours for recreation, and eight hours for rest. In accordance with the current Law of the Republic of Armenia "On Holidays and Memorial Days in the Republic of Armenia" the Labour Day is celebrated on May 1st as a not working day.

Anybody would feel seriously insulted, if he was not invited to the marches. Everybody wanted to participate in that holiday: Ruben Tovmasyan

YEREVAN, APRIL 29, ARMENPRESS. May 1st was one of the major holidays in the Soviet Union and in the Armenian SSR as well. This day was really considered to be a day of labour and peace and all workers shared that feeling. Marches, conferences, and a number of other events were organized in the republic. The Soviet media dedicated various articles dedicated to this holiday.

The First Secretary of the Central Commission of Armenia's Communist Party Ruben Tovmasyan cherishes warm memories about this holiday. In a conversation with "Armenpress" Ruben Tovmasyan underlined that even as a young man he always used to appeared in centre of the May 1st celebrations. Among other things Ruben Tovmasyan recalled: "After assuming a responsible job, I became seriously engaged in the organization of celebrations. Even now I have before my eyes the sight of all those columns passing in Lenin's Square (currently the Republican Square). Everybody stood on their feet to celebrate that fascinating holiday." The communists will launch a march and meeting on the same day in 2013 as well. (THE FULL VERSION OF THE ARTICLE IS AVAILABLE IN ARMENIAN)