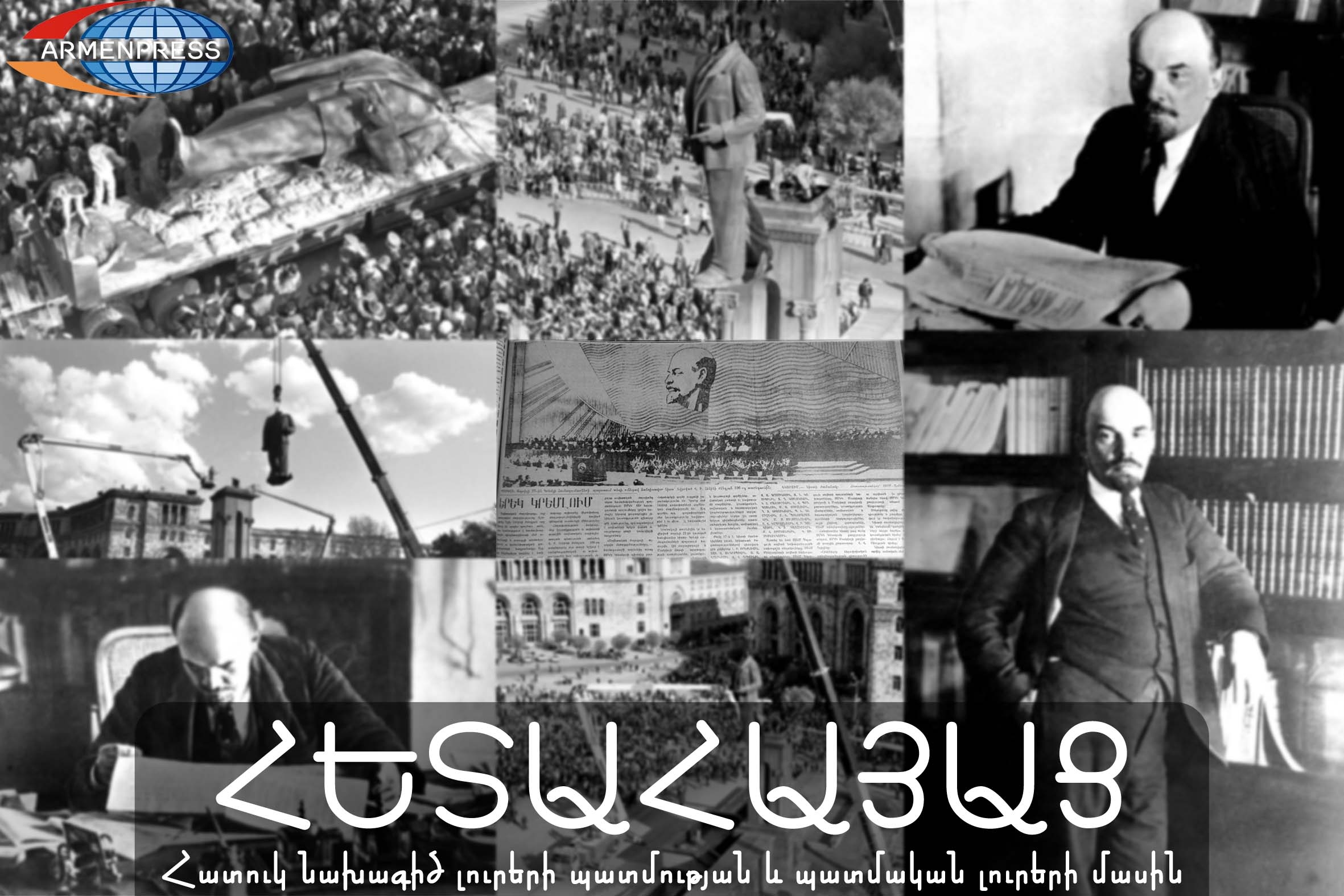 
YEREVAN, ARPIL 22, ARMENPRESS. This time "Retro" exclusive project introduced by "Armenpress" on the news history and historical news is dedicated to Vladimir Illich Lenin and the date of his birth in particular. Grandpa Lenin was born on April 22 and today he would celebrate his 143rd anniversary. Maybe children do not know much about him, but the previous generation has a lot of memories about him.

The Armenian people follow Lelin's ideas till now by voicing or silencing some pert of them: Ruben Tovmasyan

Leninist ideas are still actual from the viewpoint of the political classification for the parties adhering to the left-wing ideology. The representatives of the Communist Party of Armenia make efforts to spread them within the limits of their capacity and remind the society about their existence. The First Secretary of the Central Commission of Armenia's Communist Party Ruben Tovmasyan stated that one may talk about Lenin for hours, days, or even years, but he will try to be brief in a conversation with "Armenpress". Among other things Ruben Tovmasyan noted: "Lenin belongs to the group of those individuals, who left a trace in the history, which belongs to the whole people. He was the leader of proletariat; he was the first, who developed Marx's teaching and established the Soviet Union and the Great October Socialist Revolution.

His most significant lesson was that Lenin liberated the working class from pressure and exploitation. He managed to turn around the wheel of the entire history and create a vehement science." (THE FULL VERSION OF THE ARTICLE IS AVAILABLE IN ARMENIAN)