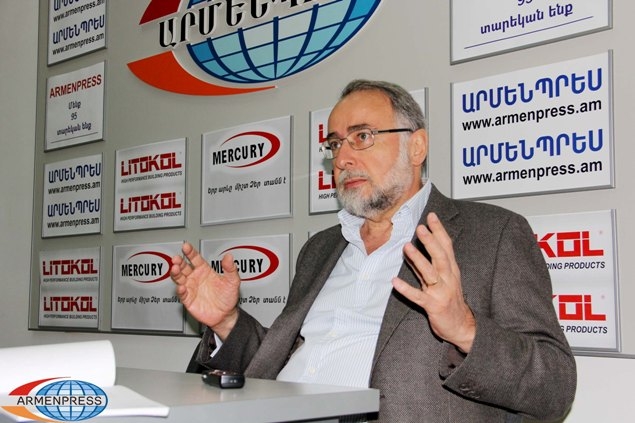 
YEREVAN, APRIL 18, ARMENPRESS. The Armenian version of English language novel "A Place Far Away" by writer and poet from Diaspora Vahan Zanoyan dedicated to the struggle against trafficking was released on April 17. In a conversation with "Armenpress" Vahan Zanoyan stated that this is the first time he touches upon such a complicated issue as trafficking.

The author stated: "Three or four years ago I met an Armenian-speaking girl in a street. I approached her and asked: "Hi, are you Armenian?" We talked to each other and it turned out that the girl was involved in a prostitution "business" contrary to her will." In addition he said that this episode served as a motive to write the novel.

"A Place Far Away" tells about a 16-year old pretty girl named Lara Galyan, who lives in a poor village in Armenia. The author introduces the features of the Criminal Oligarchy representatives, who had unprecedented power and do not obey the law in a country, which had just obtained its independence. One the characters called Sergey Ayvazyan has a conversation with Lara's father and tells him that he has connection abroad, due to which his daughter can make a successful career of model. The heroin's father harshly turns down that suggestion, but after Lara's mother accepts it, because of which Lara first appears in Moscow, than in Dubai, where the main events of the novel take place.