Stone Dreams of Akram Aylisli: The Confession of Undeniable Truth or Ordered to Forget 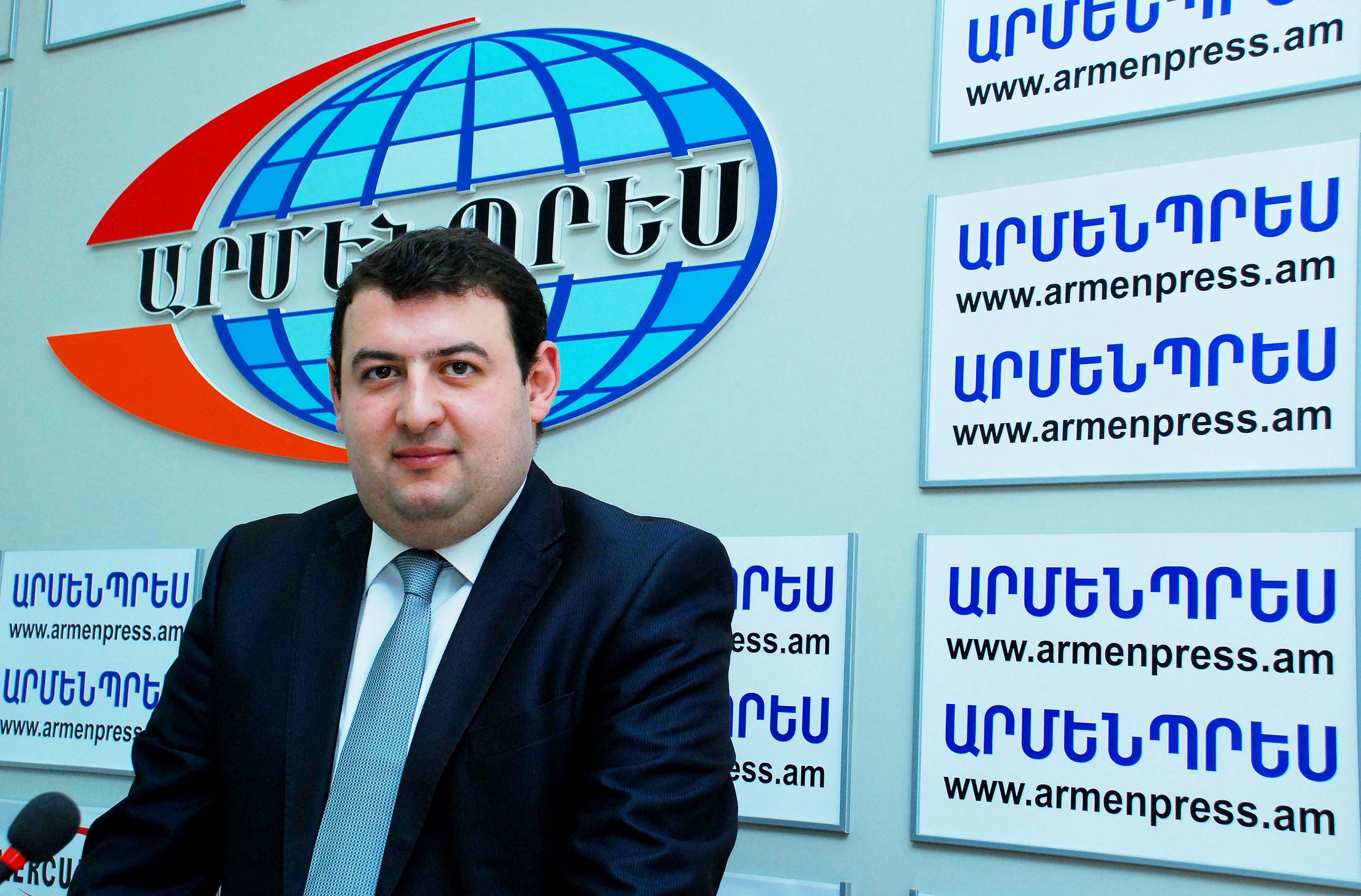 
The history reminds us that a number of literary works were prohibited or burnt; their authors were prosecuted and even assassinated. There is a symbolic monument in the dedicated to the memory of those books, which were destroyed in Nazi Germany.

Despite several exceptions, these are the books, which tell us about the unveiled truth. “Stone Dreams” by Akram Aylisli is among the aforesaid works. The author tells us about the Armenian-Azerbaijani “co-existence” in 1988-90, by adding the massacres of the Armenians from Nakhichevan in the beginning of the previous century to the context of the pogroms of the Armenian population in and in 1988-90.

No doubt that the publication of the novel would be prohibited in . It was published in “Druzhba Narodov” magazine in and swiftly spread all over the internet. The novel-requiem of the Azerbaijani author had an effect of a bomb explosion. Speaking about the sufferings of the Azerbaijani-Armenians was placed under a taboo in and that rigid taboo was now broken. And it was the national writer of , the knight of “Glory” and “” higher orders of the country, who broke the taboo!..

In an interview to British “The Independent” Akram Aylisli confessed that his book is about reconciliation. A reconciliation, which is challenging the Azerbaijani authorities, who declared war against the literary work.

Notwithstanding, it’s a thankless task to struggle against the literature. The initiators of the raid are just one-day inquisitors. The Washington Post has clearly stated that ’s troubled efforts to portray itself as a progressive and Western-oriented country took a beating with the campaign initiated against Akram Aylisly. The official , which is scared of any expression of dissent, involuntarily creates its Orhan Pamuks and Salman Rushdies.

But what does compel the author to say things, for which he will surely be persecuted? What compelled Aylisli to publish a work, for which he can be treated “just like the “yerazis” (here Azerbaijanis from ) treated the hero of the book, when he dared to protect the beaten Armenian old man.

“Whenever the fortune demanded a compromise from the author in exchange on behalf of the improvement of the household or materialistic accommodations at the expanse of his creative activity, he always preferred honor, pride, and dignity,” Russian writer Sergei Kaledin, describing his gifted and brave Azerbaijani colleague stated this. “He has his own opinion about everything in the world, which differs from the opinion of the traditional, Muslim, Azerbaijani, Soviet, and communist.”

Akram Aylisli himself openly answered the same question and in one of his interviews noted that Ramil Safarov’s extradition and making hero out of a criminal, served as an incentive to publish the work, which was written long ago. He underscored: “I have made a decision to publish my novel, when I saw the crazy echo and the hostility stirred up between the Armenians and Azerbaijanis on purpose.”

But did anyone try to listen to him or understand what made Aylisli to take such a step? No! The ideologists and speakers of the official turned “Stone Dreams” into a real nightmare for the author. The British media stated that a state raid was initiated against him. Azerbaijani human rights advocate Leyla Yunus confessed that the heterodoxy was not persecuted so harshly even during the Soviet period.

The President of Azerbaijan Ilham Aliyev did not hesitate to cast a shadow on his father’s authority and stripped Akram Aylisli of the title of People’s writer and presidential pension, which was granted to Aylisli by dictator Heydar, who is considered to be infallible in . It was said that the novel “slanders the countries history”. Party leaders, who are specialized in the massacre of unarmed people, promised to huge awards to anyone who would cut Aylisli's ear off. The members of the writer’s family also were persecuted and became unemployed in a couple of days. Touching upon this issues Aylisli stated: “Some of the deputies called me Armenian. But is it a crime to be an Armenian? This is racism.” None of the “forefathers” of the civil society of dared to join the message of the novel. Only a few dissent intellectuals gathered by the statue of Azerbaijani classic Sabir and demanded to respect the freedom of speech provisioned in the Constitution. Nobody spoke about the massacres of the Armenian population, nobody regretted about the massacres of the Armenians.

Such a counteraction was not accidental in the atmosphere of official hatred towards the Armenians. The novel is a strong blow at the three-headed Cyber of Azerbaijani propaganda including Heydar Aliyev’s “sanctification”, historiography fabrication by Aliyev’s offspring, and making a hero out of murderer Ramil Safarov. Nobody could be forgiven to ruin the superstructure of the zealous ideology, as the Aliyev administration spent many years trying to design it by poisoning the entire people with hatred and hostility.

The Editor-in-Chief of semi-official “Bakinsky Rabochiy” Rahman Gajiyev said that the novel is a monstrous work of art. Actually there is nothing strange in this requiem preaching about philanthropy. To a certain part of the Azerbaijanis it may seem monstrous, because it compels them to face the reality. The medieval violence initiated against Aylisli proves that the Azerbaijani society is not ready to face even the most recent period of its modern history. The novel is not monstrous; monstrous are those events, which were ordered to be forgotten.

Today too, one can meet a number of witnesses, participants, and even people, who risked their lives to rescue the Armenians during the pogroms of the Armenian population in the Azerbaijani SSR. Thousands of people are silent today and are not ready to realize those horrible events.

To some extant all the heroes of “Stone Dreams” are unhappy. The traces of curse and misfortune were left on the souls of the characters and their generations, who were guided by a blind hatred and buried under the swamp of their own vanity, occasionalism, and time-serving. Akram Aylisli builds the just and severe story around his microcosm of Agulis, where the Armenians were forced to convert to the Muslim religion and leave their birthplace. The hero repents over two decades after the crimes, as if he adheres to the Biblical proverb saying that the truth will set us free. Furthermore, Aylisli authored a biographic novel, where he is seeking his own identity in the middle of Nuvarish Karabagli and Saday Sadihli. It was this writer, who told his friends after the pogroms and violence how the pogrom-makers threw down an old handicap Armenian woman from the ninth floor. Maybe voicing about the truth is the reason the Azerbaijani state and society want to avenge on him.

It’s our duty to remember all the victims of the massacres and genocides our people had to face with.

Writer and translator Artak Vardanyan from Nakhichevan successfully translated “Stone Dreams” into Armenian. He and the author are both “of the same water and soil”, so to speak. Artak Vardanyan, who had a complete vision of the Agulis atmosphere created by the author, succeeded to give a precise interpretation of his stone dreams.

Among the books burnt by the Nazi Germany was “All Quiet on the Western Front” novel by Erich Maria Remarque, notwithstanding this step did not contribute to the triumph of fascism. One of the Chinese states prohibited “ in Wonderland” with illustrations of talking animals, although people did not cease to believe in miracles. These historical facts sound strange now, as it has been proved long ago that even “the manuscripts cannot be burnt” in the bonfire of fiendish intrigues.