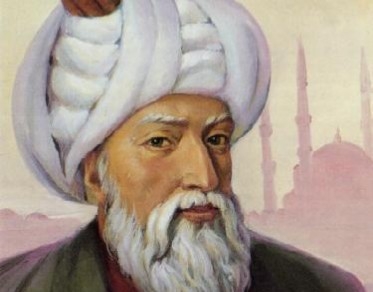 
YEREVAN, APRIL 10, ARMENPRESS. Turkish website marksist.org touched upon the issue of nationality of prominent Armenian medieval architect of the Ottoman Empire Sinan and stated that nobody tells anything about the Armenian identity of the famous architect, of whom both the Ottomans and the Turks were proud about.

As reports "Armenpress" the website stated that the chief architect of the medieval period of the Ottoman Empire Sinan was born in an Armenian family in a small town called Ağırnas near the city of Kayseri in Anatolia. At the age of 22 Sinan was conscripted into Ottoman service as a son of Christian. He is the first Armenian, upon whom the title of Pasha was bestowed.

Among other things the Turkish website stated: "Nobody was worried about Sinan's Armenian origin in the Ottoman Empire. But after the establishment of the Republic of Turkey the Turkish "scientists", who suffer the complex of inferiority, opened his tomb to discover whether he was a Turk or not."

Sinân Âğâ was the chief Ottoman architect (Turkish: "Mimar") and civil engineer for sultans Suleiman the Magnificent, Selim II, and Murad III. He was responsible for the construction of more than three hundred major structures and other more modest projects, such as his Islamic primary schools. His apprentices would later design the Sultan Ahmed Mosque in Istanbul, Stari Most in Mostar and help design the Taj Mahal in the Mughal Empire.

The son of a stonemason, he received a technical education and became a military engineer. He rose rapidly through the ranks to become first an officer and finally a Janissary commander, with the honorific title of ağa. He refined his architectural and engineering skills while on campaign with the Janissaries, becoming expert at constructing fortifications of all kinds, as well as military infrastructure projects, such as roads, bridges and aqueducts. At about the age of fifty, he was appointed as chief royal architect, applying the technical skills he had acquired in the army to the "creation of fine religious buildings" and civic structures of all kinds. He remained in post for almost fifty years.

His masterpiece is the Selimiye Mosque in Edirne, although his most famous work is the Suleiman Mosque in Istanbul. He headed an extensive governmental department and trained many assistants who, in turn, distinguished themselves, including Sedefkar Mehmed Agha, architect of the Sultan Ahmed Mosque. He is considered the greatest architect of the classical period of Ottoman architecture, and has been compared to Michelangelo, his contemporary in the West. Michelangelo and his plans for St. Peter's Basilica in Rome were well known in Istanbul, since Leonardo da Vinci and he had been invited, in 1502 and 1505 respectively, by the Sublime Porte to submit plans for a bridge spanning the Golden Horn.