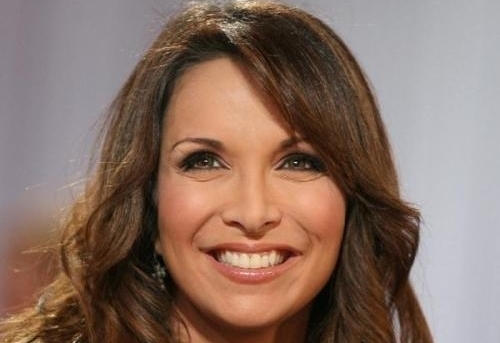 
YEREVAN, MARCH 19, ARMENPRESS. World famous French singer Hélène Ségara arrived in Armenia on March 19. Within the framework of the Francophonie month in Armenia the singer will give her first solo concert today in the evening at "Aram Khachaturian" Concert Hall. Stage Promo Company, which organized the concert, informed "Armenpress" that Hélène Ségara will spend two days in Armenia. A number of meetings have been scheduled to take place.

The singer will take part in the opening ceremony of the Francophonie month. The upcoming concert will be held under the high auspices of the Ministry of Foreign Affairs of the Republic of Armenia in association with the Ministry of Culture of the Republic of Armenia and the Embassy of France to Armenia. "Ararat" legendary cognacs are the exclusive sponsors of the concert.

Hélène Ségara was born on 26 February 1971 in Six-Fours-les-Plages in her grandfather's farm. Her father is of Italian descent and mother is Armenian. Then she had many successive jobs including performances in the piano bars of the French Riviera. At 18, she gave birth to Raphael, her first son. Her repertoire was expanding, with many musical influences and over a thousand songs. In 1993, a first single entitled "Loin" was released, but didn't meet success.

In 1998, Ségara performed with Garou a duet for the album Ensemble contre le sida (Eng: Together Against AIDS). The song is a cover version of "L'amour existe encore", composed by Luc Plamondon and Richard Cocciante for Celine Dion. Her performance of Armenian popular song “Dle Yaman” was posted in Youtube in 2011.