No Armenians suffered in explosions in Armenian populated Jaramana 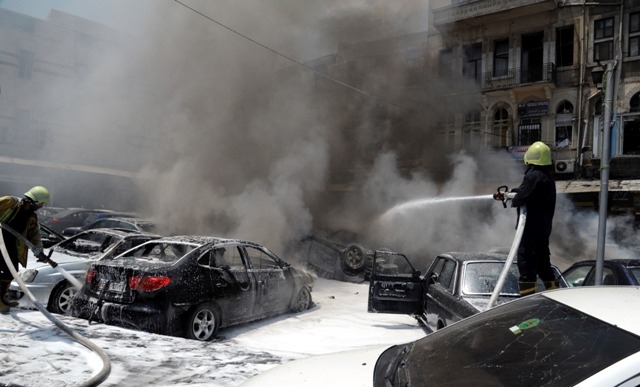 
YEREVAN, DECEMBER 12, ARMENPRESS: Two explosions were orchestrated in capital Damascus' Armenian populated Jaramana district. As our compatriot informed "Armenpress" from Damascus the explosive devices have been planted in rubbish bins. According to the preliminary data one person was killed, five others were injured. Fortunately no Armenians suffered: reportedly there were small explosions either.

Facebook page of the Armenians from Aleppo informs that the situation in the city did not change: most part of the day the city is deprived of electricity, some districts are even facing problems with water supply. Clashes still go on in a number of districts.

Syrian SANA agency states that explosions were have been orchestrated near the building of the Ministry of Justice of Syria. The rebels implanted the explosives in the two cars.

Clashes in Syrian lasting more than 21 months caused the death of about 40 thousand people. Unfortunately this number is increasing day by day.