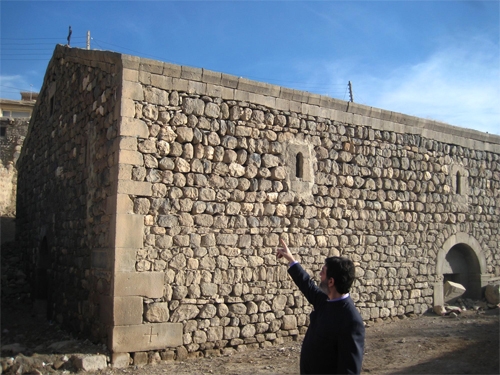 
YEREVAN, NOVEMBER 12, ARMENPRESS: Iran has started the reconstruction of the  Armenian St. Hripsime Church after it was damaged by an earthquake this August in the North of Iran, reports Armenpress citing Atrpatakan Diocese of the Armenian Apostolic Church. The church is located in the north-western of Tabriz city and Archbishop Grigor Chifchian visited the reconstruction site, he told blahovest-info.ru. he said the Agency for Protection of Monuments of  Iran will cover the expenses.  According to archaeologists, the church was built in the place of another church, dating back to the 3rd century. Iran's Ministry of Culture included the church and the ruins of an old chapel St. Anerevuyt into a list of state protected objects and after the devastating earthquake, reconstruction works were immediately launched.