I was amazed by the enthusiasm of the Armenian people. Magnus Carlsen | ARMENPRESS Armenian News Agency

I was amazed by the enthusiasm of the Armenian people. Magnus Carlsen 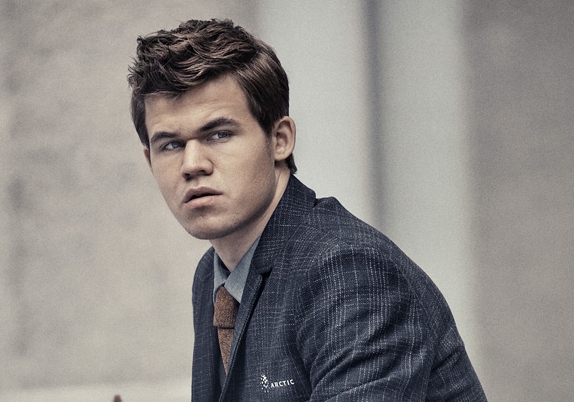 
YEREVAN, OCTOBER 26, ARMENPRESS: Notwithstanding one of the ancient sports of the world chess is considered to be a sport, but it is as difficult as science if we talk about mastering it. For Norwegian Grand Master Magnus Carlsen, who is leading FIDE world ranking Armenian Grand Master Levon Aronyan is among his most difficult opponents. Armenpress had an exclusive interview with GM Magnus Carlsen.

-What do know about Armenia?

-I know a bit about the country, even though I have never visited Armenia yet. I was amazed by the enthusiasm of the Armenian people when their team won the Chess Olympics this year. I saw a clip on youtube, I think, of the reception the players got when they returned
after their victory. I hope to visit Armenia soon, perhaps the country is ready to organize a strong tournament in the future? That would be good.

-What information do you posses about Armenian chess and your point
of view  in connection to it?

-Armenian chess is very strong. I know a lot of the players and I of course follow their games. I think the spirit among the players must be very positive, since they do particularly well in team
competitions.

-Your stance about Levon Aronyan, what kind of opponnet he is for you?
-Levon is of course one of the toughest competitors, maybe the toughest. We have had many hard fought battles with several decisive results. I think our games usually are very interesting as Levon is an incredibly creative player and a tremendous fighter as well.

-News are speculated you are turning to Garik Kasparov for advice?
What kind of consultant he is for you and what for you turn mainly to
him?

I had Kasparov as a coach for one year during 2009/2010. This was of course very useful, as he has tremendous experience and know-how which I could benefit from. We have only had friendly contact since we stopped training together.

-Do you like when you are compared with Mozart( chess Mozart)? When
you got the nick name and who authored it?
-Mozart is not the worst person to be compared with, so I don't think I can complain. I think Washington Post was the first to do the comparison in 2004. Of course the media like such labels, and that's perhaps why this has been around since.