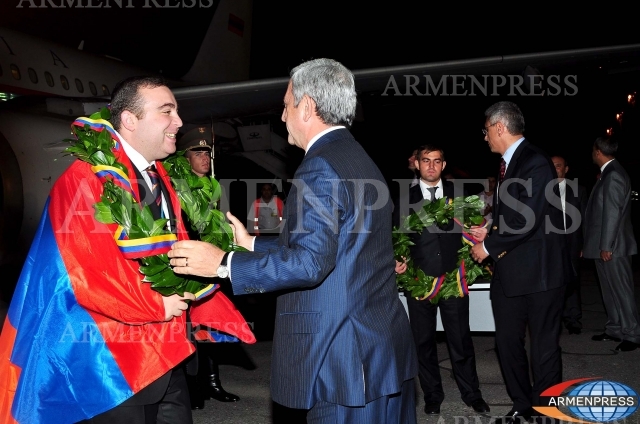 As Armenpress reports after the official greeting ceremony under the supervision of Serzh Sargsyan Armenian chess players went to the Independence Square to participate in the concert which was organized to their honor. On the occasion of the victory of Armenian chess players Yerevan is in a festive appearance.

40th Chess Olympics hosted in Turkey, Istanbul. By the final results of the 11 rounds the Armenian Chess Men team achieved the Chess Olympus for the third time. The second place is occupied by the Russian team.Armenia’s “golden” team has participated in the World Olympiads since 1992. Armenians were the best players in 2006 in Turin and 2008 in Dresden Olympiads. The chess team of Armenia is one of the exceptional teams, which managed to become an incessant Olympic champion twice.