Extradition of Ramil Safarov to Azerbaijan is unacceptable: Nazeli Vardanyan 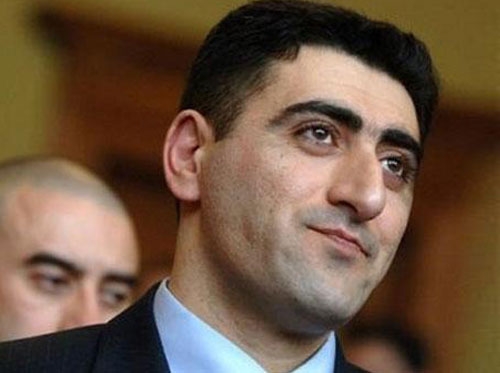 
YEREVAN, AUGUST 30, ARMENPRESS: The crime of Ramil Safarov committed against Armenian officer Gurgen Margaryan was the official order of Baku. During the press conference on August 30representative of interest of Gurgen Margaryan’s family in Budapest Nazeli Vardanyan informed that during the whole case Azerbaijan had a direct participation. “At the sessions took part representatives of Azerbaijani, Turkish embassies which were interested and did their best in order Safarov exempt form punishment or get more lenient one” mentioned the lawyer as Armenpress reports. She reminded that Human Rights Defender of Azerbaijan Suleymanova had said that Safarov is a best example for the youth, Aliyev mentions that Armenians should be killed in Artsakh and all these prove that Azerbaijan with its society make the murderer hero. Eight years have passed and the lawyer becomes surer that it was a state order.

Speaking about rumors that Safarov can be extradited to Azerbaijan Vardanyan mentioned that it is not spoken about extradition as to extradition are subjected wanted people.

She assured that the extradition of a murderer who is considered to be hero in his homeland is unacceptable. Armenian authorities must continue the struggle and should not let Safarov to be given to Azerbaijan as he will escape punishment: even lawyer of Safarov declares that killing an Armenian in Azerbaijan is not a crime.

Larisa Alaverdyan stressed that Azerbaijan has never recognized in any level that it was a crime. Azerbaijan is also responsible for that crime. “There is not yet official information whether Azerbaijan officially applied to Hungary with that issue. Armenian state bodies should apply to Hungarian side to find out whether such process has begun or not. Almost 80 non-governmental organizations joined signature gathering process demanding to exclude Ramil Safarov’s extradition from Hungary” informed Alaverdyan.

On February 19 of 2004 in Budapest Azerbaijani officer Ramil Safarov killed with an ax Armenian officer Gurgen Margaryan when the latter was sleeping. The two officers were taking part in the capital of Hungary in English language courses in framework of NATO program. Hungarian court sentenced Ramil Safarov to life imprisonment.

17:07, 06.12.2021
Viewed 1300 times Armenian Defense Ministry comments on information about deployment of Turkish forces in the area of Black Lake