Albert Azaryan to carry the Armenian flag in London 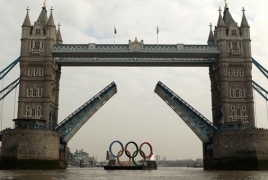 
Yerevan, July 11, Armenpress: During the opening ceremony of the London 2012 Olympic Games the legendary gymnast, Olympic Games, European and USSR champion Albert Azaryan is to be the flagman of Armenia’s delegation.

The vice president of Armenia’s National Olympic Committee, the first vice president of Boxing Federation Derenik Gabrielyan briefed Armenpress.The opening ceremony of the Olympiad is scheduled to be held on July 27 at London’s Olympic stadium.