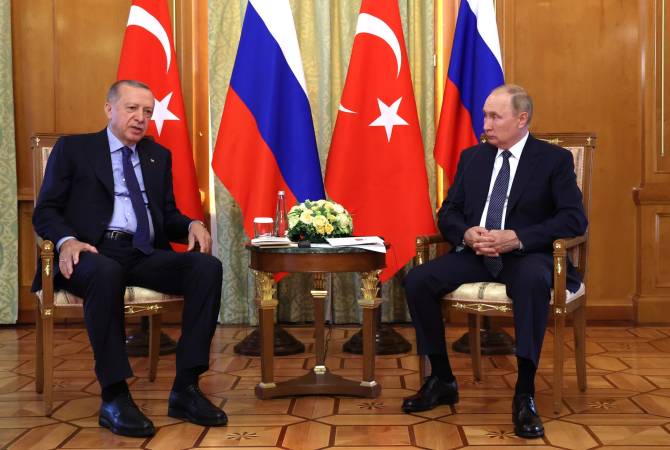 "Of course, we will also talk about the issues that we have been dealing with for a long time, I mean the regional security issues, first of all I mean the Syrian crisis, where Turkey and Russia have made a great contribution to the settlement of the situation, and that topic too, of course, will not escape our attention," Putin said.

Earlier, the spokesman of the Russian President, Dmitry Peskov, said that the issue of the Nagorno Karabakh conflict, among other issues, is on the agenda of Putin-Erdoğan meeting.