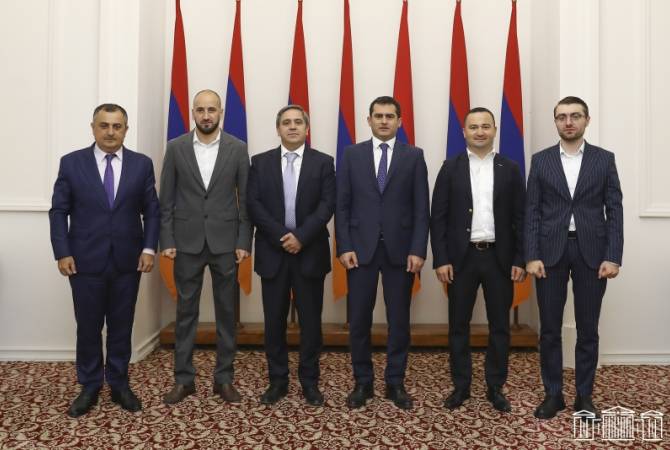 The perspectives of the development of the Armenian football and the programs directed to popularization were discussed. As Hakob Arshakyan assessed, the potential of the Diaspora should effectively be used as much as possible for the further improvement of the local football and involving Armenians of Diaspora in that process.

Aram Ghahramanyan and Armen Melikbekyan presented the programs, which would make Armenia more recognizable to the world through football.

The main function of the Pan-Armenian Youth Football Association is the revelation and involvement of the talented young people of Diaspora in the Armenian football. The first gathering of PAYFA was held in Los Angeles, and the children of Armenian origin of the USA and Canada born in 2009 were involved there. The 8 best players among them came to Yerevan. Aram Ghahramanyan expressed hope that the program would be implemented in other communities of Diaspora.