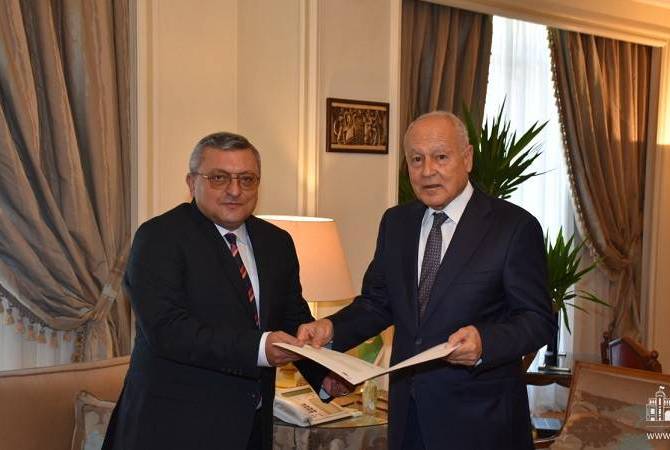 As ARMENPRESS was informed from the press service of the MFA Armenia, at the beginning of the meeting Hrachya Poladian conveyed the letter of the Foreign Minister of Armenia on the accreditation of the representative of Armenia at the League of Arab States. On this occasion, the Secretary-General of the organization congratulated the Ambassador of Armenia, wishing him success in his new mission.

During the conversation, the positive role of Armenian communities in Arab countries in strengthening Armenian-Arab relations, as well as in the public life of those countries, was also touched upon.