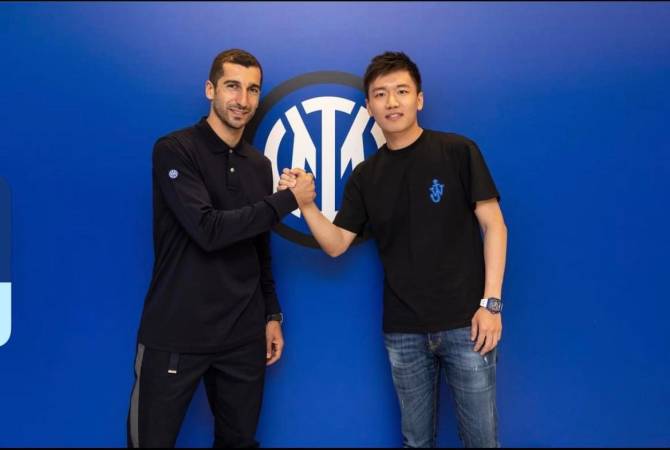 Other details of Mkhitaryan’s contract are not known yet.

Inter released a statement which says:

“Henrikh Mkhitaryan has a wealth of experience: he speaks many languages, he’s visited numerous countries, played for a range of clubs, stood alongside players of different nationalities and been managed by some great coaches. Despite his worldly wanderings, he’s always stayed close to his roots, with early heartbreak guiding his journey both on and off the pitch.

Born in Yerevan on 21 January 1989, Henrikh has become Inter's maiden Armenian player. He was born in Armenia but grew up in France. This was because his father, Hamlet, was playing in Ligue 2 and banging in the goals as a striker. The bond between father and son is perfectly captured through football, but their time together was to be cut short after his father passed away from illness at a young age.

His passion for football was established early on and it only grew stronger. At just 13 years of age, Mkhitaryan flew to Brazil to train with São Paulo and shared a room with an older player, who happened to be former Nerazzurri star Hernanes.

Here, he worked on the technical side to his game, played a different, creative style of football and learnt another language. On top of Armenian and French, young Henrikh got to grips with Portuguese, which served him well when he played in Donetsk as half of his team-mates at Shakhtar were Brazilian. It was in Ukraine that he blossomed into a star, first at Metalurh, but especially at Shakhtar under former Inter coach Mircea Lucescu.

In 2012/13, he finished the season with 29 goals, with his style marked by a direct, pragmatic approach with no frills. He’s a player who can contribute to build-up play but can finish moves off too. Next up was Germany, first under Jürgen Klopp, then Thomas Tuchel. The systems they played saw him develop further before he then made the leap to the Premier League, where he played for Manchester United and Arsenal. He spent three seasons in England and, among other successes, he won the Europa League with the Red Devils, scoring a crucial goal in the final.

Armenia, France, Brazil, Ukraine, Germany and England: there have been many stops on his way to Italy. He spent three campaigns at Roma, making 116 appearances, scoring 29 goals and winning the Conference League.

From his house in Valence and now to Milan, Henrikh is making another stop on his journey. As he embraces the Nerazzurri colours, with his Armenian heritage, we are reminded of another Inter great, Youri Djorkaeff.