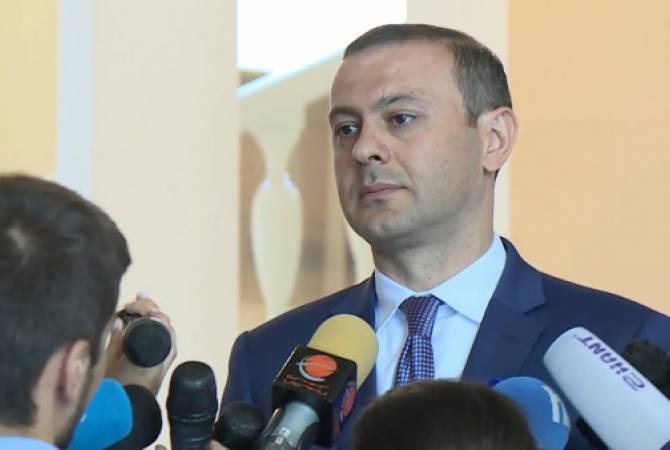 
YEREVAN, JUNE 30, ARMENPRESS. Any road through the territory of Armenia with corridor logic is ruled out, Secretary of the Security Council of Armenia Armen Grigoryan told reporters today after the Cabinet meeting.

“This is our policy: when we announce that our positions are closer, it means we moved forward with the logic that there will be a border control. Any road with corridor logic is ruled out in Armenia”, he said.

He informed that the topic of unblocking has been discussed both in Moscow and Brussels.

“For a long time Azerbaijan has been stating that a corridor is being discussed. If I am not mistaken, on November 6, when Russian Deputy Prime Minister [Alexey] Overchuk was in Yerevan, he announced that no issue with corridor logic is being discussed. The same happened after the Brussels talks. The spokesperson to [Charles] Michel publicly stated that no corridor has ever been discussed. This shows that our approach in the negotiations has been this and continues to be this”, he added.