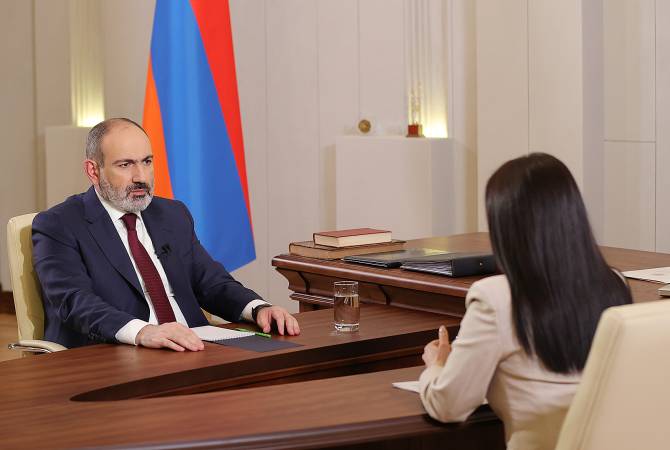 
YEREVAN, JUNE 27, ARMENPRESS. According to Prime Minister of Armenia Nikol Pashinyan, Azerbaijan refuses to talk with the Armenian side and publicly accuses Armenia aiming to legitimize a new war against Armenia, ARMENPRESS reports Pashinyan said in a live broadcast on Facebook, answering the questions of media and NGOs.

Asked whether the peace agenda in today's geopolitical realities has a real alternative in relations with Azerbaijan and even Turkey, Pashinyan gave a negative answer.

He stressed that the alternative to the peace agenda is a new war. Azerbaijan refuses to talk, publicly accusing Armenia of refusing to talk. My assessment is one: it is done to legitimize a new war against Armenia. We do not have illusions about Azerbaijan's far-reaching goals and intentions, but even in this case, it is more important for us to consistently and patiently push forward the peace agenda. I have said many times that on this path we need strong nerves, balanced, maximum non-emotional state," the Prime Minister said, emphasizing once again that there is no alternative to the peace agenda.