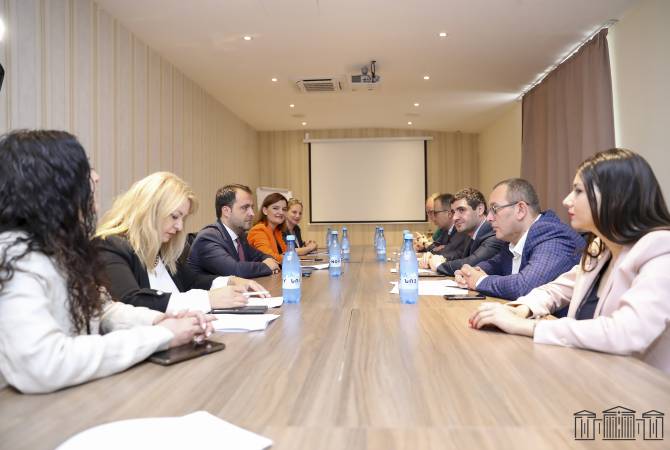 The latter arrived in Armenia in order to participate in the workshop of the EU Twinning Project “Strengthening the capacity of the National Assembly of Armenia to further support CEPA oversight and implementation,” which took place on June 22-23 in Tsaghkadzor.

Issues related to the deepening of the EU-Armenia ties, having more open, democratic parliaments for the society and the youth were at the center of the discussions. A number of other issues of mutual interests were also touched upon.

Discussions were organized between the employees of parliaments. The sides highlighted the opportunity given by the Twinning Project, the opportunities to expand ties between the departments of different countries, to exchange experience for the development of institutional capacities.