International response to torture of Armenian civilians by Azerbaijani army has been disproportionate. Ombudsman 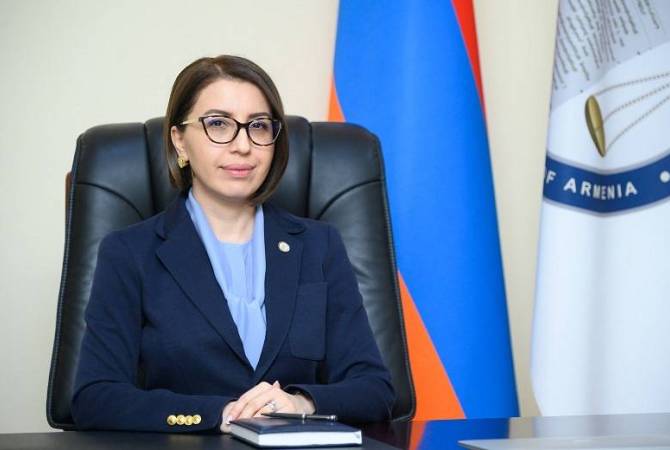 
YEREVAN, JUNE 23, ARMENPRESS. Human Rights Defender of Armenia Kristine Grigoryan delivered a video message during the discussion with the UN Special Rapporteur on extra-judicial, summary or arbitrary executions within the framework of the 50th session of the UN Human Rights Council, emphasizing that during and after the Nagorno Karabakh war the international response to the torture of the Armenian civilian population by Azerbaijani Armed Forces, even to the extremely brutal acts spread on the Internet, has been, to put it mildly, disproportionate and insufficient.

As ARMENPRESS was informed from the Office of the Human Rights Defender, in her statement the Defender highly appreciated the work of the Special Rapporteur on extrajudicial, summary or arbitrary executions stressing the need for further strengthening the mandate and allocating more resources.

The Defender reflected on the response to torture, extrajudicial and summary executions of Armenian civilian captives and PoW during and after the 2020 hostilities in Nagorno Karabakh, which has been inadequate, and insufficient to say the least creating preconditions for extrajudicial and arbitrary executions in other ongoing conflicts. Summing-up the Speech, as a guarantee of effective implementation of the mandate the Defender stressed the imperative of visiting the regions and territories more by Special Rapporteur emphasizing the need for better understanding on the ground. Highlighting the role of national human rights institutions as a valuable partner to the Special Rapporteur, Defender Grigoryan expressed her willingness for partnership.

Concluding her speech, the Human Rights Defender stressed the imperative of the Special Rapporteur to pay more visits to the region, emphasizing the need to get acquainted with the situation on the ground as a guarantee of effective implementation of the mandate.