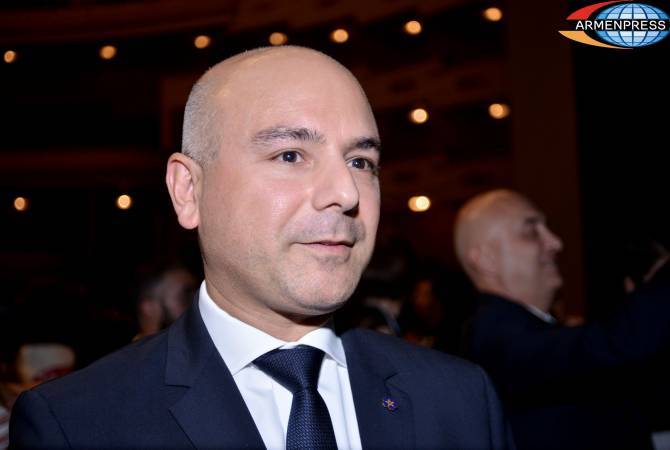 
YEREVAN, JUNE 23, ARMENPRESS. American-Armenian film producer, philanthropist, physician, and entrepreneur Eric Esrailian has been elected member of the Board of Trustees of the Academy Museum of Motion Pictures, the Academy Museum said.

Julia S. Gouw, the Chairwoman of Piermont Bank, philanthropist, arts patron, and Shira Ruderman, Executive Director of the Ruderman Family Foundation, have also been elected members of the Board of Trustees.

Ted Sarandos, Board Chair and Co-CEO of Netflix, said: “We are thrilled to welcome these three extraordinary leaders, who have already done so much to advance our community, and the industry at large, through their commitment to diversity, innovation, and excellence. As members of our board, they will support and guide the Academy Museum in realizing its ambitious mission of increasing public appreciation for the arts and sciences of moviemaking and exploring the ongoing, multifaceted history of film.”

Academy Museum Director and President and incoming Academy CEO Bill Kramer added, “I join Ted and the entire Academy Museum Board of Trustees in welcoming Eric, Julia, and Shira. We have strong working relationships with all of them, and they have helped us open the Academy Museum in a powerful way. Their strong executive experience, profound philanthropic spirit, and dedication to the goals of diversity and inclusion will be invaluable to us. They will help us tell the rich and varied stories of cinema to Los Angeles and the world.”

Dr. Eric Esrailian is a film producer, philanthropist, physician, and entrepreneur. He is also actively involved in philanthropic efforts connecting the arts with health, human rights, and education. Dr. Esrailian is a Health Sciences Clinical Professor of Medicine and the Chief of the Vatche and Tamar Manoukian Division of Digestive Diseases at the David Geffen School of Medicine at UCLA. In 2012, the School of Medicine awarded Dr. Esrailian the Lincy Foundation Chair in Clinical Gastroenterology.

He has produced films with a focus on human rights issues and social impact, including The Promise (2016) by Terry George, starring Oscar Isaac and Christian Bale. He also produced the educational companion documentary Intent to Destroy (2017) with Joe Berlinger, which was nominated for an Outstanding Historical Documentary Emmy.