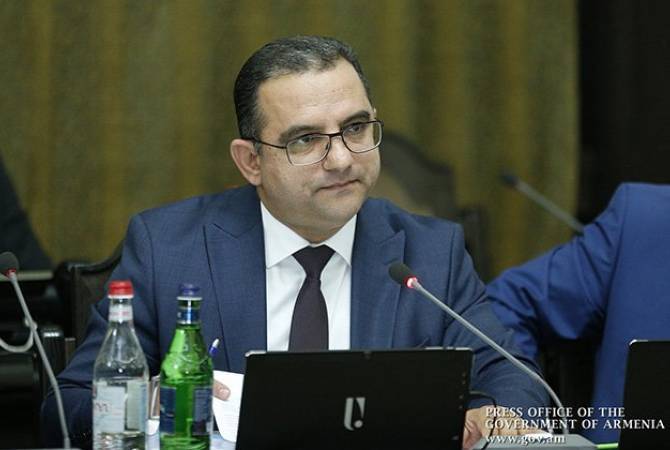 
YEREVAN, JUNE 23, ARMENPRESS. The tax revenues of the 2022 state budget of Armenia will increase by 40 billion drams, and these funds will be directed to the reserve fund.

The decision was unanimously approved at the Cabinet meeting today.

Minister of Finance Tigran Khachatryan said in the first half of the year the state budget’s semi-annual tax revenues are higher than originally planned.

“During the discussions of the 2023-2025 medium-term expenditure programs when we were summing up the actions to be taken in 2023, we recorded that we have capital programs in different areas which could be implemented also in 2022 if funding is available. We have discussed the capital programs that are included in the appendix of the expenditure priorities as approved by the 2022 state budget and plan to include some of them in the programs that will be financed soon”, he said, adding that the increase in revenues will allow to start implementing new programs in education, healthcare and physical infrastructure in coming weeks, which were to launch in the beginning of 2023.

Prime Minister Nikol Pashinyan said that with the results of 2021 the revenue part of the state budget has been fulfilled by 147 billion drams more than planned.

“As of today, we have collected 46 billion drams more in terms of the performance of the revenue part of the 2022 budget. We think that if nothing extraordinary happens, the budget revenues will increase more, and we are now waiting for the ministries to present new programs”, the PM said.