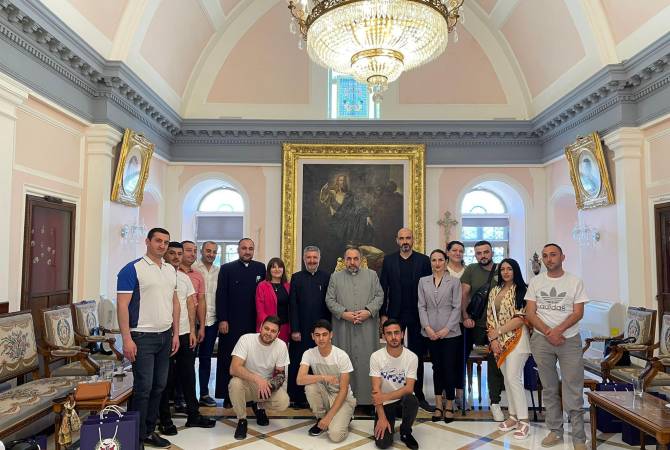 
YEREVAN, MAY 27, ARMENPRESS. Armenian Patriarch of Jerusalem, His Beatitude Archbishop Nourhan Manoogian received a group of soldiers wounded in the 2020 Artsakh War, as well as members of Parliament of Armenia and officials, Chairman of the Armenian Patriarchate of Jerusalem, Fr. Koryun Hovnan Baghdasaryan said on social media.

On May 23 the Parliamentary Standing Committee on Defense and Security Affairs organized a meeting with the soldiers in the National Assembly. It was stated that several soldiers, who suffer disability as a result of the 2020 War, will visit Jerusalem for vacation.

A decision was made that the first group of soldiers would depart for Jerusalem on May 26, accompanied by MPs from the ruling Civil Contract faction Narek Zeynalyan and Lusine Badalyan.