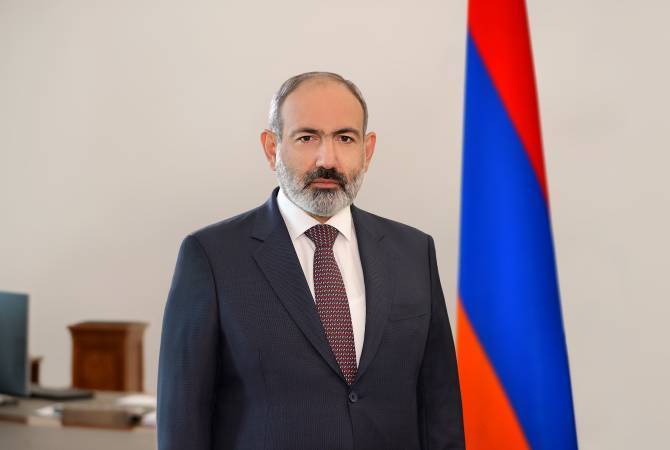 
YEREVAN, MAY 27, ARMENPRESS. Prime Minister of Armenia Nikol Pashinyan sent a congratulatory message to the President of the Oriental Republic of Uruguay Luis Lacalle Pou on the occasion of the 30th anniversary of the establishment of diplomatic relations between the two countries, the PM’s Office said.

The message reads as follows,

Today marks the 30th anniversary of the establishment of diplomatic relations between the Republic of Armenia and the Oriental Republic of Uruguay.

The friendly relations between our peoples, of course, have a much longer history, and during these 30 years they have also moved to the interstate level, continued to develop in an atmosphere of mutual understanding, common values and mutual trust.

We will never forget that Uruguay was the first country to officially recognize the Armenian Genocide in 1965, reaffirming its reputation as an advocate of fundamental human rights and universal values. At present, the Armenian community formed in Uruguay after the genocide is an important factor that strengthens the ties between our countries.

Ahead of the 30th anniversary, I attach great importance to the mutual decision to open embassies in Yerevan and Montevideo, which testifies to the high-level political dialogue and vision for the future.

I congratulate all of us on the 30th anniversary of the establishment of diplomatic relations between Armenia and Uruguay. I reaffirm my readiness to strengthen cooperation with friendly Uruguay in all areas of mutual and multilateral interest.

Please accept, Excellency, the assurances of my highest consideration”.