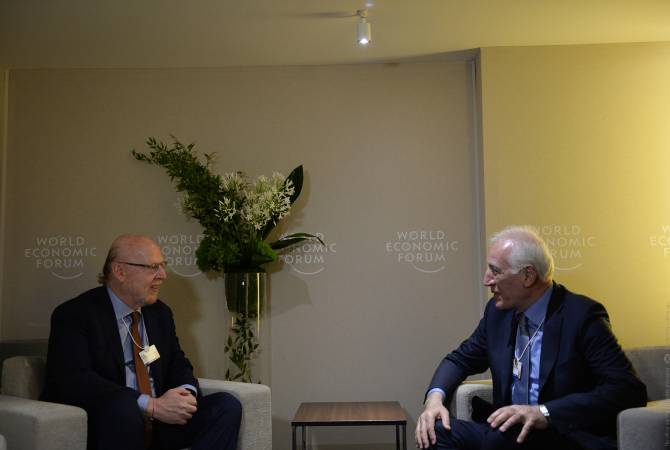 
YEREVAN, MAY 27, ARMENPRESS. President of Armenia Vahagn Khachaturyan had a number of meetings with state and public figures, business sector representatives on the sidelines of the World Economic Forum in Davos, Switzerland, the Presidential Office said.

The President had a brief talk with Prime Minister of Georgia Irakli Garibashvili.

During their meeting the Armenian President and Prime Minister of Iraqi Kurdistan Masrour Barzani touched upon the bilateral agenda and emphasized the importance of further boosting the economic ties and trade turnover.

Within the frames of the Forum, the Armenian President gave an interview to the German Deutsche Welle media outlet, talking about the ongoing reforms in Armenia, the economic developments and the position of Armenia on the ongoing regional processes.