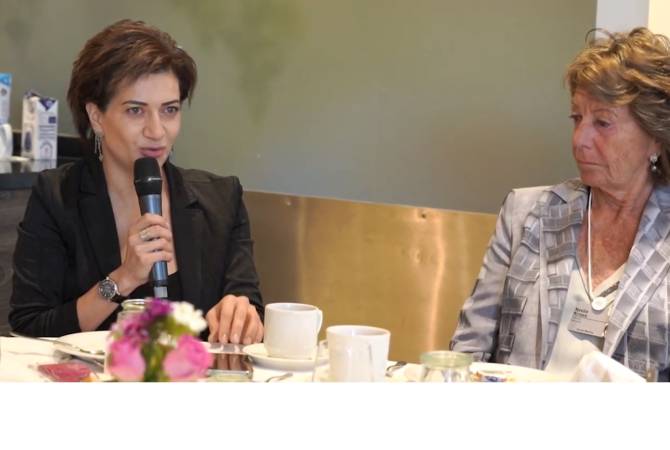 
YEREVAN, MAY 26, ARMENPRESS. Anna Hakobyan, wife of the Prime Minister of Armenia, took part in the annual "Women Political Leaders" (WPL) event on May 25 in Davos. It is an independent, charitable foundation of women politicians founded in Reykjavik in 2013 by former Vice-President of the European Parliament (2009-2011), Member of the European Parliament (2004-2014) and President of the Global Forum of Women Political Leaders Silvana Koch-Mehrin.

As ARMENPRESS was informed from the Office of Anna Hakobyan, the mission of the foundation is to increase the number of women as well as their influence in political leading positions and in the political life of countries in general. WPL offers women politicians a global platform for constant communication.

“During the Davos breakfast in the Reykjavik community, the guests got acquainted with the results of the "Reykjavik for Leaders Index" survey. The study summarizes society's attitudes about the extent to which women and men are equally suited to leadership," the statement said.