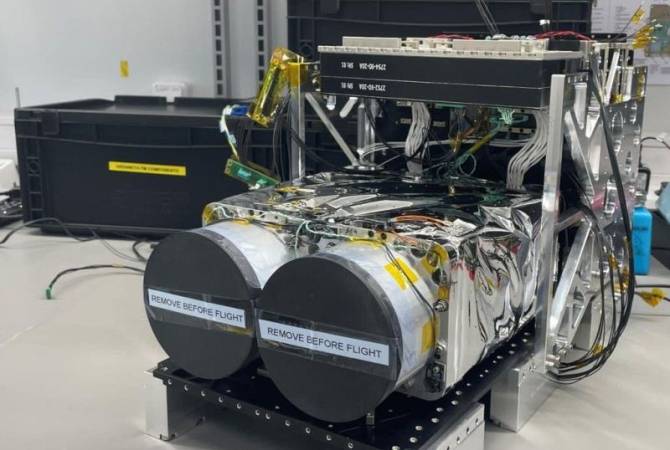 
YEREVAN, MAY 26, ARMENPRESS. The launch of the first space satellite of the Republic of Armenia into the orbit of the planet Earth is an important infrastructure for the development of the sphere in the country, ARMENPRESS reports Deputy Minister of High-Tech Industry Davit Sahakyan mentioned told the journalists.

"This process started a long time ago, but was most active in 2022. It is a powerful infrastructure for building a space ecosystem in the country. During the Soviet years, Armenian scientists made great achievements in this field, now, taking into account the previous experience, we try to restore the success of the past. The ecosystem is multi-layered, it involves the production of space equipment, software development, etc. Armenia has that potential," said the Deputy Minister, adding that the goal is to promote the activation and development of enterprises operating in the sphere.

An important component in the development of the sector is the establishment of a satellite control center and receiving station. The Deputy Minister noted that numerous events are planned in a number of directions for the activation and development of the sphere in Armenia. There are already companies in the field that have registered results in terms of attracting tangible financial resources. They are successful not only in the Armenian market but also abroad.

The Deputy Minister did not provide details on the process of launching the first space satellite of the Republic of Armenia into orbit, taking into account confidentiality. He only mentioned that the satellite will remain in the orbit of the planet for at least 4 years.