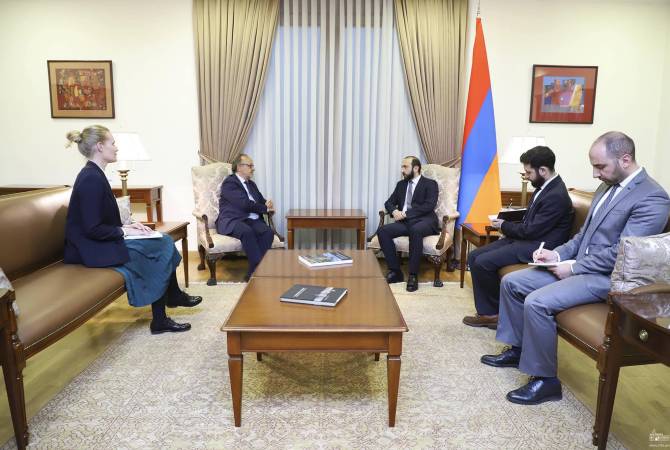 
YEREVAN, MAY 26, ARMENPRESS. Minister of Foreign Affairs of Armenia Ararat Mirzoyan received on May 26 Executive Director of the International alliance for the protection of heritage in conflict areas (ALIPH) Mr. Valéry Freland, the foreign ministry said in a news release.

FM Mirzoyan said that the preservation of the Armenian cultural and religious heritage in the territories under the Azerbaijani control is one of the priority issues of Armenia.

It was stated that more than 2000 Armenian cultural monuments and 21000 museum exhibits face a very serious threat of complete elimination.

The Armenian side said that the immediate intervention and uninterrupted engagement of the international community, particularly UNESCO, becomes more urgent in such situation, in order to preserve the Armenian monuments of Nagorno Karabakh that are part of the world cultural heritage and prevent the continuous cases of vandalism.

The works of ALIPH on shooting Armenian historical-cultural monuments in Tavush and Syunik provinces and digitizing them in 3D, as well as the future actions on this direction were also discussed during the meeting.