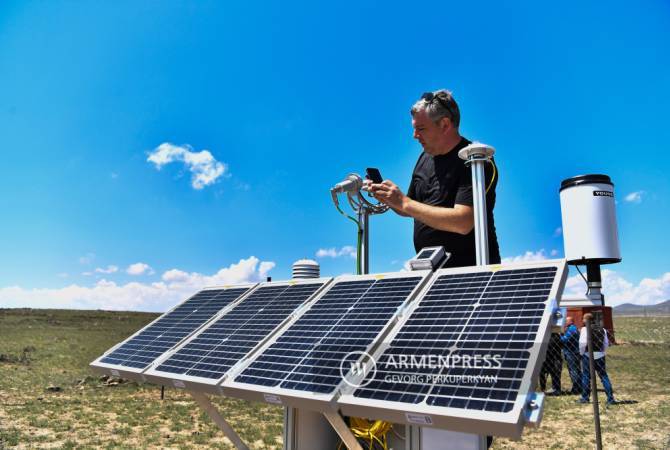 
YEREVAN, MAY 26, ARMENPRESS. Minister of Territorial Administration and Infrastructure of Armenia Gnel Sanosyan received Head of Bids Department at Abu-Dhabi-based company Masdar, Mohammed al-Shehhi, and his delegation, the ministry said.

During the meeting the construction of the Ayg-1 solar power plant with 200 MW capacity and the future actions were discussed.

The investing company also presented its intention to implement new projects, particularly on the construction of a solar power plant combined with accumulators.

The solar power plant is expected to be put into operation in 2025.

Around 174 million dollars will be invested for the project.

The project is implemented jointly with the Armenian National Interests Fund (ANIF).