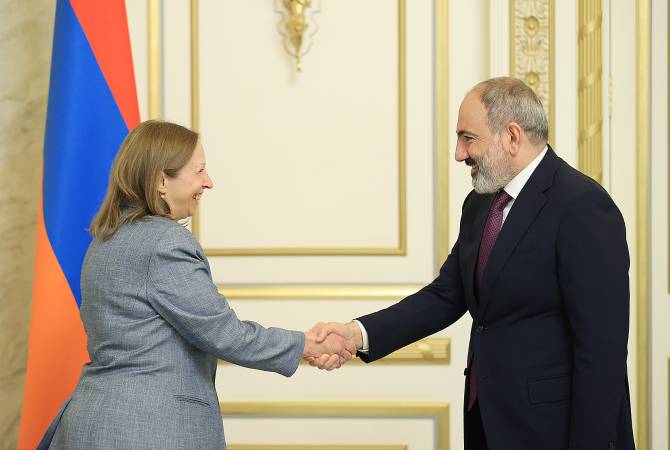 During the meeting the Prime Minister underscored the intensification of the Armenia-United States cooperation and strategic dialogue and attached importance to the clear position of the United States as an OSCE Minsk Group Co-Chairing country in the Nagorno Karabakh conflict settlement issue, which contributes to regional stability, the Prime Minister’s Office said.

PM Pashinyan said that the Armenian Government is guided by the agenda of establishing peace and highly values the continuous support to this process by international partners, including the United States.

Ambassador Tracy thanked the Prime Minister for the appreciation and reiterated the readiness of the United States to continue supporting the democratic reforms in Armenia, the settlement of the Nagorno Karabakh conflict and establishing regional stability. In this context Ambassador Tracy mentioned the recent call between the Armenian PM and the United States Secretary of State Antony Blinken, and praised the Armenian Ambassador to United States Lilit Makunts’ efforts for intensifying the bilateral relations.