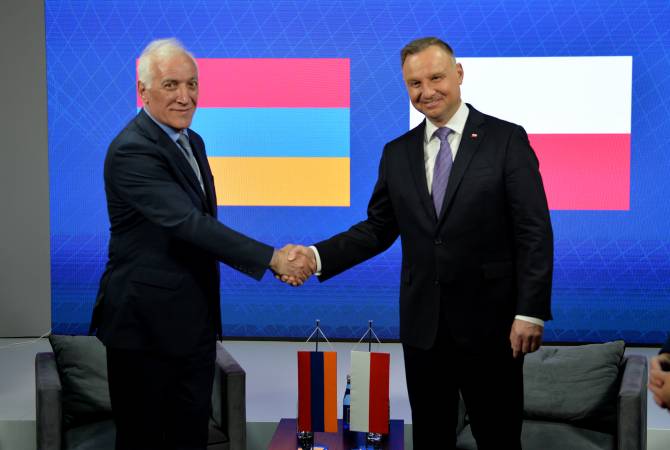 As ARMENPRESS was informed from the press service of the President’s Office, Presidents Vahagn Khachaturyan and Andrzej Duda noted with satisfaction the development of interstate relations in all spheres based on centuries-old friendship between the two peoples.

At the same time, the Presidents of the two countries stressed the need to give a new impetus to the efforts of strengthening the Armenian-Polish ties at bilateral and multilateral levels.

Memorandum of Cooperation between the Central Bank of Armenia and the Warsaw Stock Exchange was signed during the meeting.