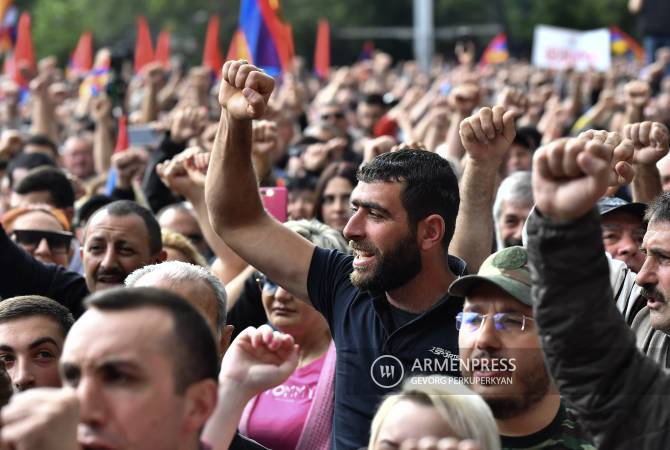 
YEREVAN, MAY 24, ARMENPRESS. The anti-government demonstrators in Yerevan are protesting outside the foreign ministry building since early Tuesday morning.

The demonstrators have blockaded the building.

The protesters, led by Vice Speaker Ishkhan Saghatelyan from the opposition Hayastan faction and member of the ARF, marched down the city towards the foreign ministry from the France Square.

Saghatelyan called on his followers to block all entrances and exits to the building. After doing so, the protesters pushed through police lines and blocked the building.

Afterwards, the MPs exited the building and led the crowd of supporters back to the France Square.