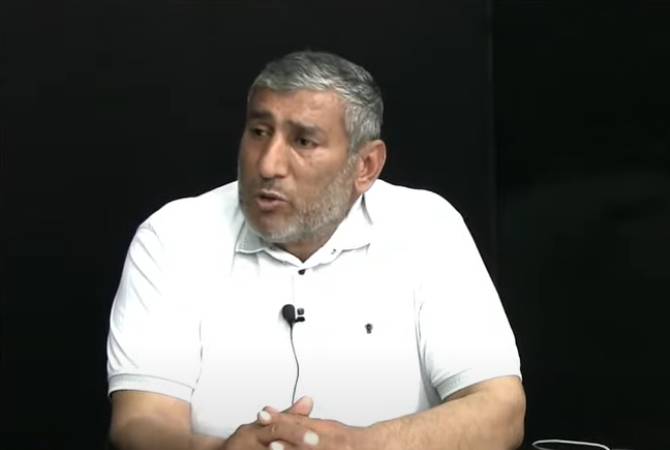 
YEREVAN, MAY 20, ARMENPRESS. The two Azerbaijani saboteurs who had crossed into Artsakh in 2014 and murdered a 17-year-old and a soldier have confessed that they were acting on the orders of the then-Azeri deputy Prime Minister Ali Hasanov.

Askerov and Guliyev were eventually apprehended by Artsakh security forces. An Artsakh court sentenced Askerov to life in prison, while Guliyev received a 22-year sentence.

Both were denying the charges and their narrative on how they appeared in Artsakh was that they wanted “to visit the grave of their family members”.

As part of the 2020 November 9 trilateral statement terms, both Askerov and Guliyev were handed over to Azerbaijan in prisoner exchange.

In a 2020 May 18 live interview with the Azeri Xural TV, Guliyev admitted that they were sent to Karvajar at the orders of the Deputy Prime Minister of Azerbaijan Ali Hasanov.

“We were sent to Karvajar from Ali Hasanov’s office. They gave us weapons, grenades and sent us. They called us and said ‘the state needs you’. Initially they wanted to send me alone. I said ‘Dilham knows that territories better’. At that time, Dilham had problems with the police in Shamkir. He was released from jail and forced him to accompany me,” Guliyev said.