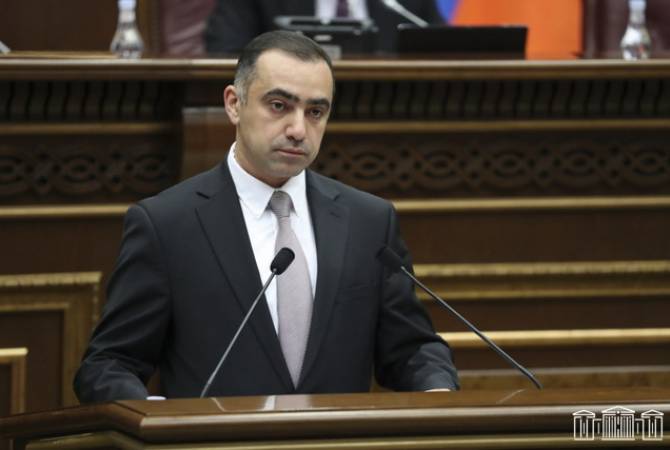 
YEREVAN, MAY 18, ARMENPRESS. The Deputy Police Chief of Armenia Colonel Ara Fidanyan denies accusations that the police are using disproportionate force against the anti-government demonstrators in Yerevan.

He even said that so far the police haven’t even used any special riot control measures, with the exception of one case when officers had to equip themselves with shields.

At a session of the parliamentary committee on defense and security affairs, the Chair of the Committee Andranik Kocharyan asked Fidanyan whether or not Yerevan is “paralyzed”, something the leaders of the opposition demonstrators vowed to achieve by blocking streets.

“Naturally, neither the city nor any state body is paralyzed,” Colonel Fidanyan said.