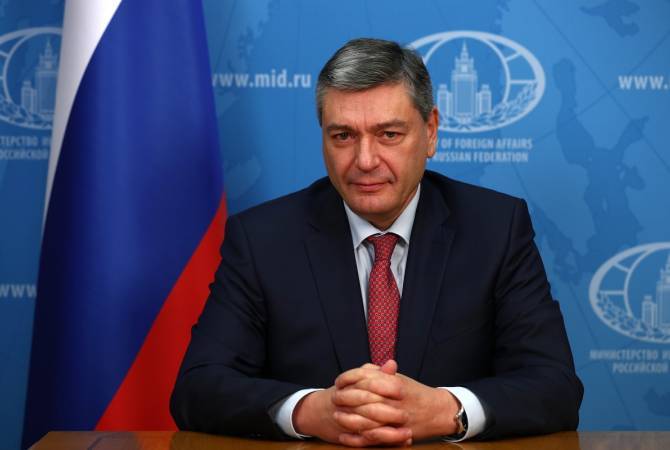 “We hope to hold the second session at the end of the first half”, the Deputy FM said.

According to Rudenko, the "3 + 3" regional consultative platform, established in December, 2021 comprised of Azerbaijan, Armenia, Georgia plus Russia, Iran, Turkey, is a demanded and promising mechanism that can foster the development of partnership between the countries of the South Caucasus and their neighbors.

The first session of the “3+3” platform took place on December 10, 2021 in Moscow. Deputy Foreign Ministers of Armenia, Azerbaijan, Russia and Turkey, as well as the Director General of Eurasia at the Ministry of Foreign Affairs of Iran participated in the session. Despite being invited, the Georgian representatives did not participate in the session. Georgia has officially announced that it will not participate in the works of the “3+3” format.

19:52, 06.24.2022
2409 views The Chinese Ambassador to Armenia attaches importance to cooperation with Shirak Province in various fields