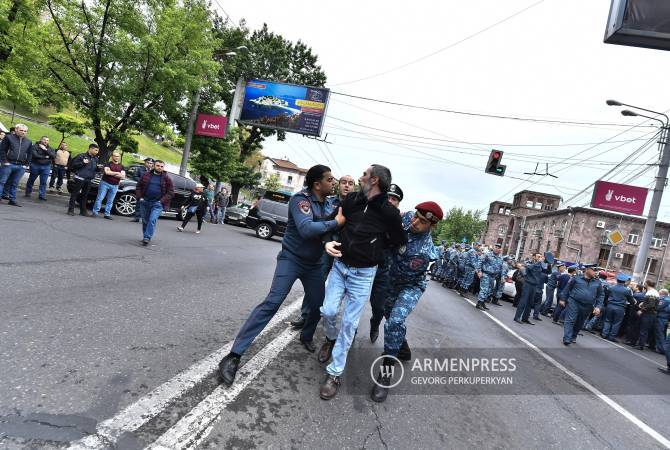 
YEREVAN, MAY 17, ARMENPRESS. 286 demonstrators were detained by Yerevan police during the latest civil disobedience actions demanding the resignation of Prime Minister Nikol Pashinyan.

Police said the demonstrators were detained for "failure to obey a lawful police order."

The opposition demonstrators were blocking streets in Yerevan in the morning of May 17.

ARF member Ishkhan Saghatelyan, the Vice Speaker of Parliament from the parliamentary opposition and one of the leaders of the demonstrations, said in a live broadcast social media address that they are suspending their demonstrations from 11:30 and will hold another rally at Yerevan’s France Square at 19:00 tonight.