Armenia wants to give strategic nature to relations with Georgia – expert 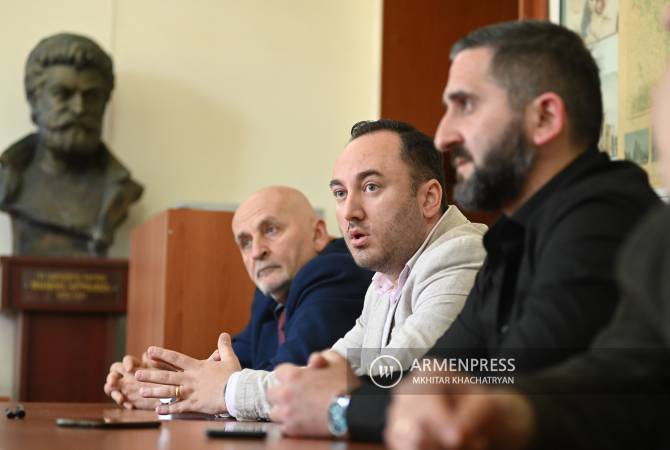 
YEREVAN, MAY 14, ARMENPRESS. Armenian and Georgian experts overall highly value the inter-state relations and particularly the political dialogue between the two countries ahead of the 30th anniversary of the establishment of diplomatic relations.

During a press conference today, convened on this occasion, senior expert at Orbeli analytical-research center Johnny Melikian highlighted the necessity of deepening the Armenian-Georgian relations and raising them to a strategic level.

“We need to make greater efforts for the development of the relations between the two countries, Armenia and Georgia. The two Christian nations must stand by one another and support each other in this big and complex region. I not only mean the South Caucasus, but also the broader region”, he said.

The expert noted that at this new period of the inter-state relations the political dialogue between Armenia and Georgia has always been active and dynamic, but in the past one and a half month the Armenian-Georgian mutual visits have been activated in an unprecedented level. In particular, the delegation led by the Georgian Minister of Internal Affairs Vakhtang Gomelauri arrived in Armenia, the Secretary of the Security Council of Armenia Armen Grigoryan visited Georgia, the Georgian Foreign Minister Ilia Darchiashvili arrived in Armenia on an official visit, the conference of the Armenian and Georgian justice ministers was held in Tbilisi.

“This shows that on the one hand we are making friendship, and on the other hand we study each other’s experience, particularly, the reforms carried out in Georgia. The political dialogue between Yerevan and Tbilisi is on a high level, the mutual relations are friendly as it is stated in conceptual documents. But it is very important to note that in the past years the leadership of Armenia announces that the Armenian-Georgian relations have a strategic significance. With this Yerevan hints to its partners of Tbilisi that Armenia wants to give a strategic nature to those relations”, he said.

Georgian political scientist Vasily Papava said that in fact the relations between the Armenian and Georgian nations have a history of 30 centuries, in other words about three thousand years, which, according to him, is a very serious base for the development of the inter-state ties in all areas. The Georgian expert positively assesses the current trends of the high-level political dialogue and the intensification of the mutual partnership in commercial, transportation sectors.

“The mutual visits of the high-ranking officials are the vivid proof of the trust between the leaderships of the two countries, the establishment of closer relations in different areas and the readiness to implement new projects”, Vasily Papava said.

The diplomatic relations between Armenia and Georgia were established on July 17, 1992.