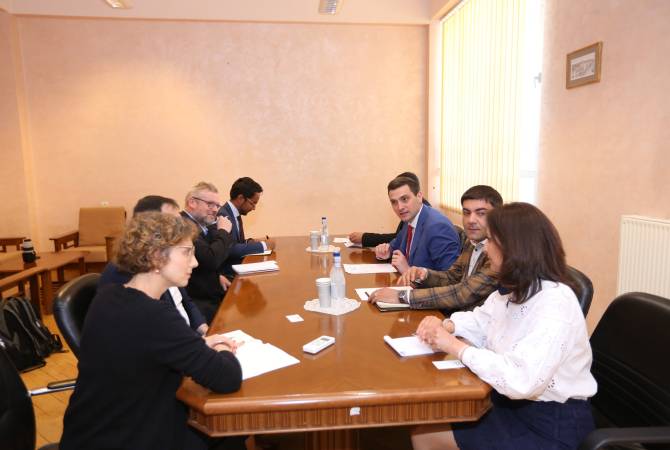 
YEREVAN, MAY 13, ARMENPRESS. Deputy Minister of Territorial Administration and Infrastructure Armen Simonyan of Armenia met with the representatives of the French Development Agency (AFD), the ministry said in a press release.

The meeting aimed at discussing the development prospects of railway infrastructures in Armenia.

Welcoming the guests, Armen Simonyan said that during the previous meeting the issue of creating railway infrastructures from Vanadzor to Fioletovo was discussed and now the guests can get acquainted with that section.

The AFD representatives wanted to know about the reasons of the absence of railway infrastructures in areas favorable for them, the subsidy provided by the government and the development of passenger and cargo transportation with the neighboring countries, particularly Georgia.

They said that the results of research in this field are important for future activities and in order to have major investments, a substantiated commercial strategy program will be necessary.

The deputy minister presented in detail Armenia’s resources in railway sector, the priority directions for development and answered the questions of the meeting participants.

An agreement was reached to meet after the end of the research in order to organize the further works based on their results.